15 electrifying carbon fiber made vehicles robust to the core 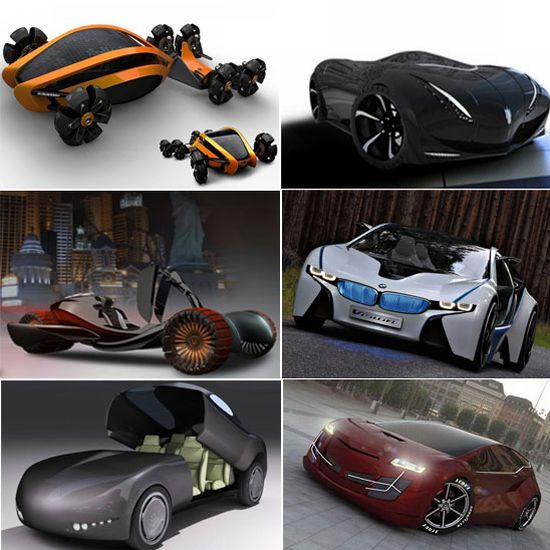 With the advent of motor sports, carbon fiber has become an important part of the modern sports cars, which makes them lightweight as well as robust to resist the bumps during competitive racing events. However, modern auto designers are using carbon fiber profusely in their contemporary as well as futuristic autos, making vehicles slim, swift and sturdy while ensuring fuel efficiency. Have a look at some of the sturdiest vehicles made in carbon fiber. 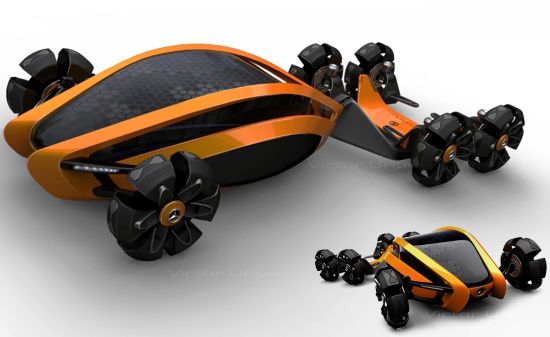 Conceived by Italian designer Victor Uribe Chacon, the “Unimog 6EV” is a concept vehicle, which looks good in both form and functionality. Powered by six in-wheel motors, the 6EV provides enough power to tow airplanes at the airbase. Featuring the body inspired by lizards and the cockpit by jet fighters, the radical vehicle includes a carbon fiber trailer, attached at the back of the tractor, to make the job even easier while approaching an aircraft. Read more 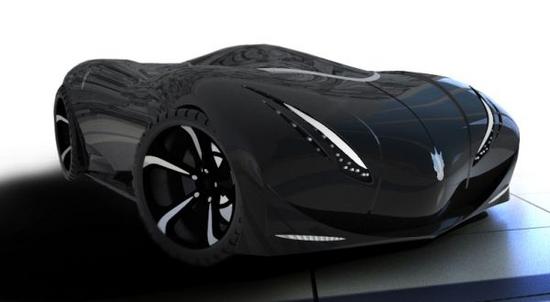 Motivated by the stone creatures of Perspolis, an ancient palace in Shiraz, Iranian industrial designer Behzad Hormoz has come up with a car concept dubbed “SPHINX,” a mix of several animals, which generates power from the middle engine for a smooth and swift ride. Featuring the scissor-like doors that open like the wings of an eagle, the single-seater touts a glass roof which slides back to let the driver in and out with ease. Read more

Futuristic car made in carbon fiber 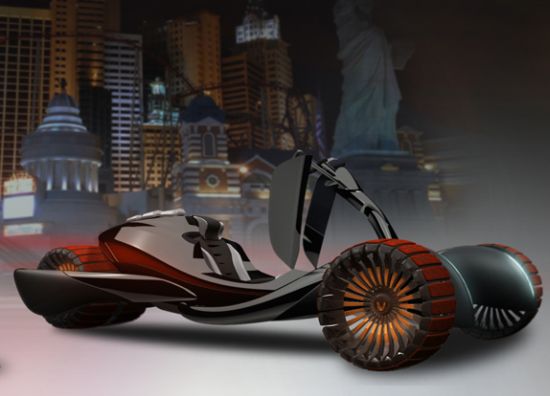 Inspired by the American motorcycle symbol, Harley-Davidson, and Pontiac-Firebird, a muscle car, designers Su-Yang Park & Chang-Hoe Heo are out there with an unnamed futuristic car that promises to make your ride exciting and safe at the same time. The futuristic car will feature multifunctional wheels containing about 24 spokes made of a special carbon fiber with strong elastic characteristic. Read more 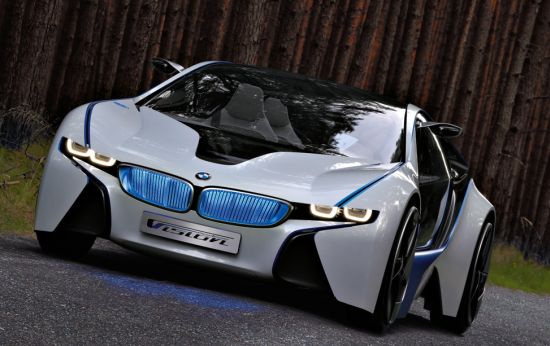 Slated to be showcased at the 2009 Frankfurt Motor Show next month, the BMW Vision EfficientDynamics is a 2+2 sports concept car with plug-in full-hybrid technology that not only ensures high performance but also low fuel consumption and thus low carbon emissions, maintaining BMW’s latest design philosophy. Touting attributes like BMW ActiveHybrid, economical combustion engine and aerodynamics, the futuristic vehicle integrates a hybrid drivetrain with a 1.5 liter, three-cylinder turbo-diesel engine, located in front of the rear axle, is capable of reaching 62 mph (100 km/h) in just 4.8 seconds with the top speed of 155 mph. Read more

Drawing inspiration from the celebrated Lotus Super 7, designer Eric Stoddard is out there with a futuristic car called the Hybrid Seven Roadster that makes minimum use of mechanicals even without compromising on the performance of a hybrid vehicle. Featuring an exterior made from structural foam panels squeezed in between layers of carbon fiber, the Seven Roadster comes with a reduced weight (below 450kg) in comparison to current hybrids, and promising an incredible performance. Read more 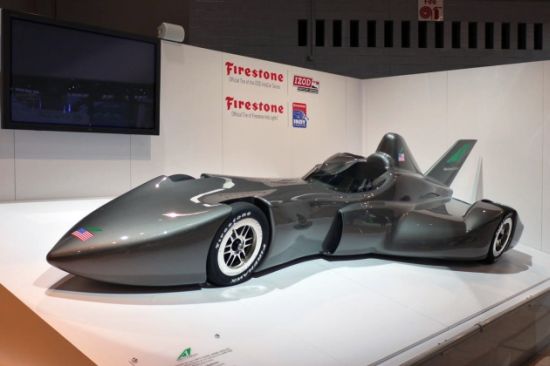 Taking open wheel racing to a new level, from both an engineering standpoint and the overall spectator experience, DeltaWing LLC of Indianapolis has popped up an IndyCar concept at the Chicago Auto Show that looks a hybrid of a Batmobile, land-speed racer and a rocket ship. Finished in carbon fiber using recycled polyethylene, the sports car is not only light in weight but also helps in sustaining the environment. Read more 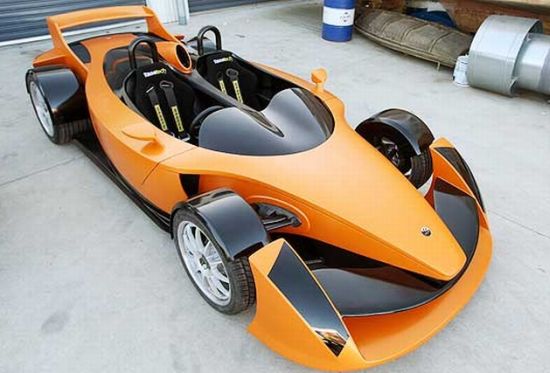 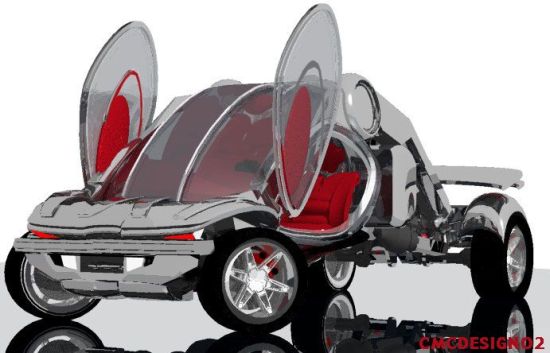 Targeted at the youth oriented market, hooked onto exciting rugged high tech and high performance vehicles, the new hybrid concept by Randy Childs is a culmination of different types of performance vehicles. Hailed as the ‘Apex,’ the revolutionary vehicle is part a car, part truck, part motorcycle and helicopter, all rolled into a single compact package. Read more 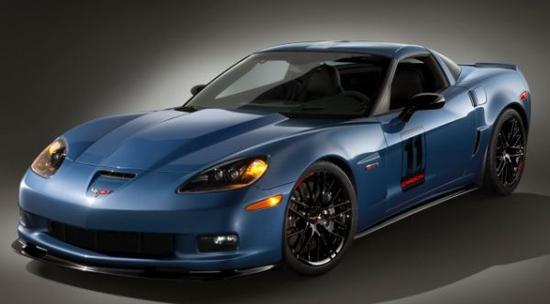 Z06 Carbon which is a tribute to the 50th anniversary of Corvette’s first race in the 24 hours of Le Mans is the best balanced Corvette yet and combines lightweight and naturally aspired Z06 engine with the stability and handling of the ZR1. Z06 borrows technology from and engineering from Corvette ZR1 and is an embodiment of GM’s effort to bridge the gap between its flagship ZR1 and the Z06. Read more 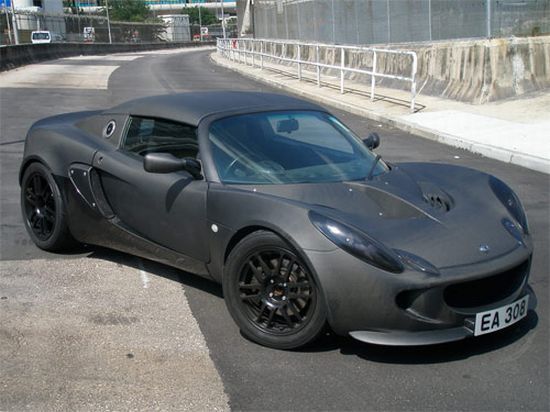 TW Auto has wrapped an entire Lotus Elise in a thin layer of carbon fiber. Carbon fiber, which is stronger and lighter as compared to steel, is making its way into more cars than ever before. Originally owned by Jimmy Wong, the 02 Type 72 JP model features a fully custom carbon fiber body. The car modification includes both the outer as well as the inner body of the car. Read more 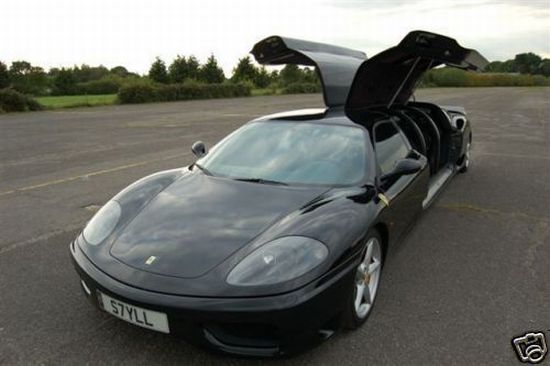 The Ferrari 360 is perhaps one of the most legendary sports cars to have come out of the Prancing Horse’s stable and for a long time we thought that there was no way that it could be bettered from the perfection that it already was. Until now that is. Read more

Reconnoitre is one such car that utilizes its carbon fiber body to get the most out of the precious drops of fuel burning in its diesel-electric reverse hybrid engine. The car has been designed for the city of Boston, where parking a luxury sedan can prove to be a nuisance. The hatchback design of the car reduces the amount of boot space but makes sure that the car can easily be driven on congested roads. Read more 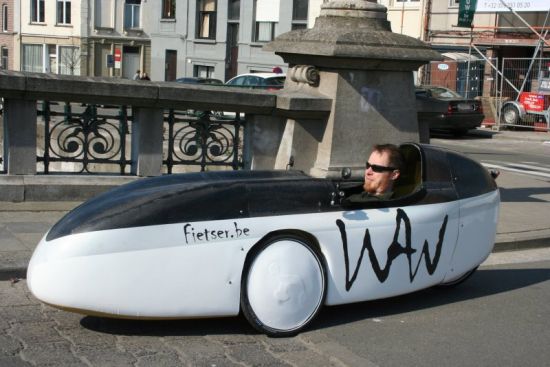 The BeWAW by Fietser is an offspring of the famous WAW Velomobile. This ultralight vehicle for personal mobility is propelled by its load, the rider or a combination of human and electric power. A light lithium ion battery is concealed neatly under the seat. It features a nice carbon top and broad advertising space. They have opted for velomobiel.nl McPherson struts with drum brakes. Read more 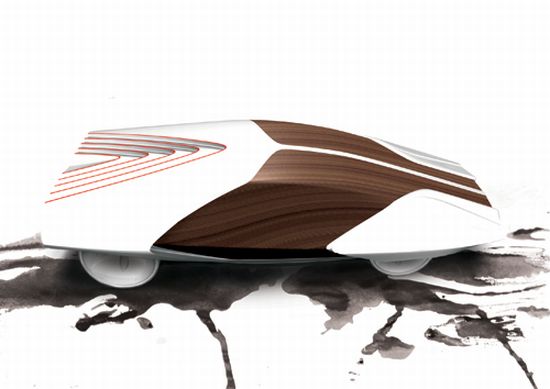 Motivated by the 1970 Bertone Lancia Stratos Concept, popular as Stratos Zero, Danish designer Niels Grubak Iversen has come up with a stylish car that efficiently blends classic look with modern technology. Dubbed the ‘Stratos Evo,’ the futuristic car, incorporating modern auto technology and equipment, will not just be a treat for vintage car lovers but also for those who worship modern machines. Read more 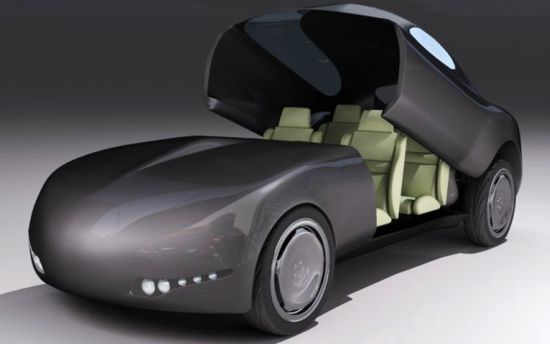 The carbon fiber LH4 biodiesel hybrid by Lightning Hybrids is claimed to sprint from 0 to 60 in 5.9 seconds and can manage 100 mpg. The concept car relies on a 90-horsepower Volkswagen diesel engine, which is mated to a 150 horsepower Rexroth hydraulic hybrid system. The company CEO, Dan Johnson, cited that no other firm is using this technology for smaller cars. Read more

15 electrifying carbon fiber made vehicles robust to the core was last modified: August 5th, 2012 by admin

Hammock finds a place inside with Hammock...