The Earth has some spectacular historic structures. Some of them like Pyramids are very complex constructions and that is why it is easy for us to say that they were never built by human hands. It could be either of two reasons. Either we grossly underestimate the architectural prowess of the ancients, or they were in possession of some external help. Owing to our growing interest in the extraterrestrial, there are many who consider that alien intelligence was behind such structures. However, if that’s true then why aliens are so elusive now? There are many arguments and counterarguments to the role of aliens in Pyramids. Let us check the veracity of all of them.

The Great Pyramid of Giza Egypt which was built more than 4,500 years ago to bury ancient pharaohs. It is built with billions of precise stones where each stone has an average weight of two tons. Some researchers claim that the Pyramids of Egypt were built by advanced alien visitors. It has been a point of discussion over the decades and many history therapists say that early Egyptians were not capable of building this wonder without any “outside” help. Moving massive stones, maybe from miles away, and assembling them into a colossal structure seems to be an insurmountable task even today.
Too many claims and guesses but the reality remains unknown. Maybe we will never know who built the pyramid or maybe we know it. But, we can take a closer look. 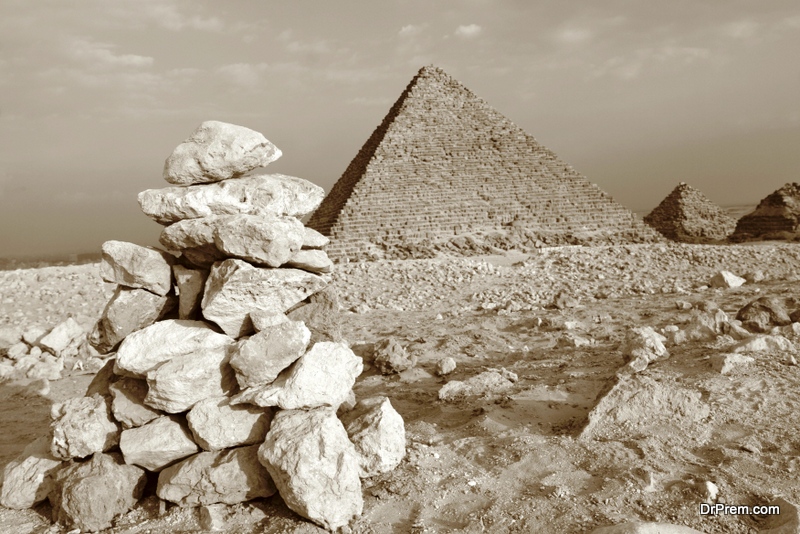 We, humans, are trying to expand our boundaries by reaching space, moon and planet Mars but we do not have any concrete evidence that the aliens are also doing the same. If we do not have any scientific proof or we do not understand the engineering behind such monuments, we cannot explain them as supernatural. By doing this, we are ignoring our own achievements.

Many experts say that the astronomical configurations of the Pyramids of Egypt are in sync with Orion’s belt. And these pyramids are in better shape and have a better appearance than the other built centuries later. But, do they even know that how much time and money we “humans” invested on them over centuries.

Let us assume that the ancient Egyptians were super smart and they build those pyramids without any help from the aliens. But, the fact is, the Great Pyramid of Giza is the oldest of all wonders and its age was already 2,000 years when other cultures started to build their wonders.

The question is how the ancient Egyptians were able to build pyramids without any modern day technology? Maybe, they knew something that we don’t. Some say that they had access to some advanced technology and using the same they lifted and transported such big stones, some weighing more 70 tons. Lifting and moving the stones in itself is a difficult thing, but aligning them in such a precise way is magical.

Most of the rocks comprising the Pyramids of Egypt are granite and limestone taken from a site 500 miles away. To drag the weight, ancient Egyptians must have used some kind of lubricated path. Nile river is also there for its contribution, as they might have used barges to transport those blocks.

Researchers suggest that they were aligned using some kind of ramp, but the ramp technology remains unknown. Many experts think that the ramp spiraled around the pyramids while others still say that they were built inside out. One of the researchers says that they used some kind of fulcrum mechanism to lift the load with ease. These are just suggestions and theories and many more are yet to come. With any one of these techniques or a combination of more than one, lots of hard work and encouragement from pharaohs, it looks possible for the human hands to finish the project. 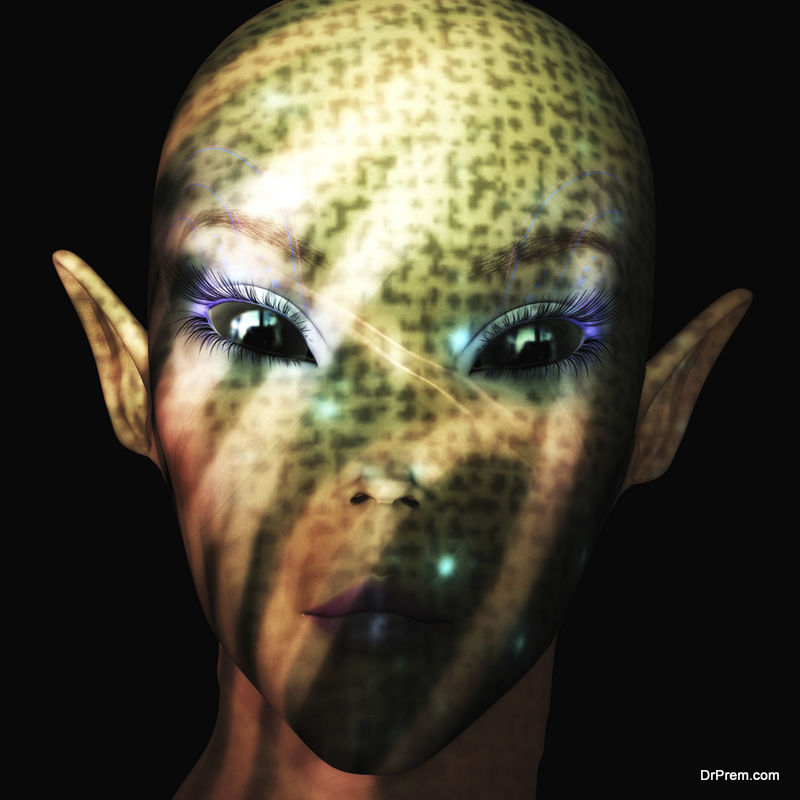 Researchers investigated and came up with few clues that may prove that the extraordinarily engineered Pyramids of Egypt are built by the extraterrestrials. One of the theories to back their statement is the coordinates. The speed of light is 299,792,458 m/s and the geographic coordinates of the great pyramid are 29.9792458°N. That is what the cache is, as humans were not able to measure the speed of light until 1950, thousands of years after pyramids were built. Hence, they believe that aliens with advanced technology returned from future to build the pyramids as time travel is only possible if traveled at the speed of light. But the question is, Why? Why they came to earth, is it just a coincidence or is there a reason, maybe an alien invasion that we generally see in Hollywood movies.
Some researchers even say that the ancient pharaohs were alien hybrids. You can even check the mocked pictures on the internet.
To make sure whether aliens constructed the Pyramids of Egypt, we have to find out that they even visited Egypt or not. If they did, they must have left some shreds of evidence. The proof may be inside the pyramids.
As estimated, the giant rock building of Khufu was built employing 20, 000 workers who kept working for 20 years to complete it. There are about 2.5 million blocks in it and even if the staff worked for ten hours a day, one rock has to be in the right place every two minutes. Considering the fact that the stones must be on the spiral ramp or whatever complex technology they were using. Looks possible? Experts say this is the reason why they think that the extraterrestrials helped.

Why aliens are not responsible? 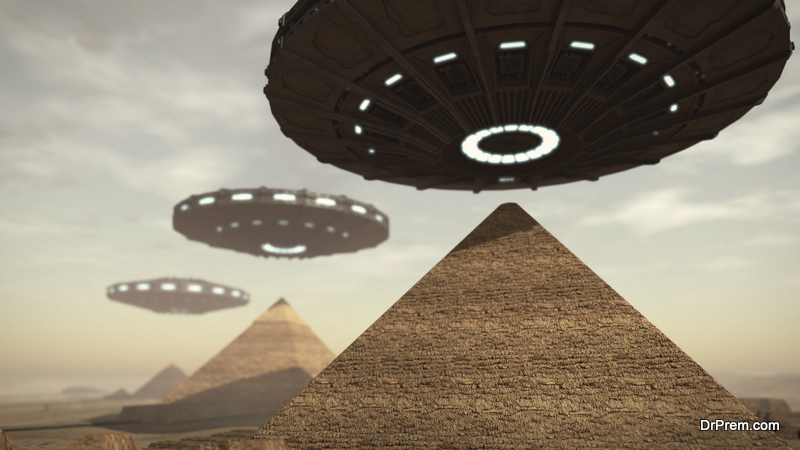 The civilization of Egypt is world known, but at the same time, it is completely misunderstood. As per Egyptologists, we do not have to educate people about the reality, instead, we have to re-educate them by reversing the damage caused by sensational media and some channels that only talk about mummies.

There is always a bigger picture of what we see or think, whether it’s about us, God or aliens. We will believe what we want to believe. Maybe people want to believe that the Pyramids of Egypt are built by aliens because it sounds fascinating. No, there is no fascination associated with this rumor, it’s just human nature. If we do not understand something, we simply call it supernatural.

The same question once again, Human or Alien? Scientists are not sure how and using what kind of tools or technology the Egyptians build the pyramids with such speed. But, if we look at the apparent pieces of evidence and think from a logical point, it will be clear that the Pyramids are a result of human effort.