Anti-Terrorist Cart takes a safe and brisk assault on fanatics 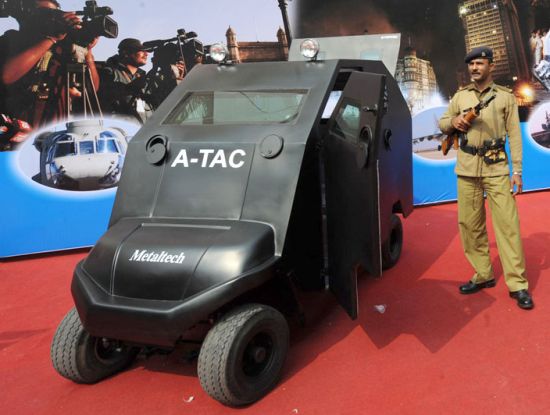 Designed in the wake of the Mumbai terror attacks, the “Anti-Terrorist Assault Cart” (ATAC) by Metaltech Motor Bodies Pvt Ltd as depicted by its name is a compact yet functional anti-terrorist armored vehicle that doubles as a golf cart for the rich. Displayed at the Indian Arms Fair, the Indian-built cart has enough space to carry two fully armed security personnel, during rescue operations, through narrow corridors, elevators and confined spaces. Powered by a battery that lasts for six hours on a single charge, the $45,000 anti-terrorist cart can reach a top speed of 25km/h (15mph). Integrating bulletproof windows and a number of firing ports, the ATAC is capable of resisting close range fire and grenade blasts during such terrorist attacks. 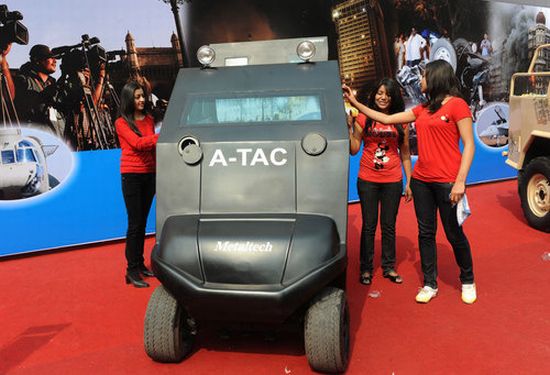 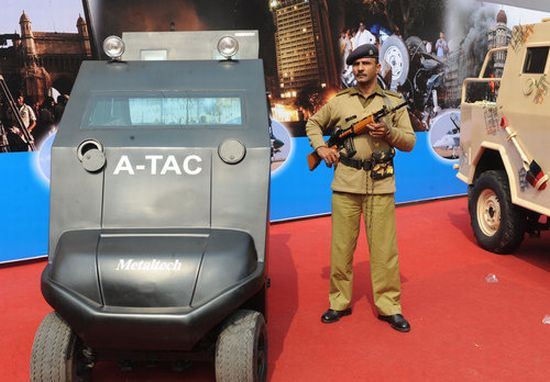 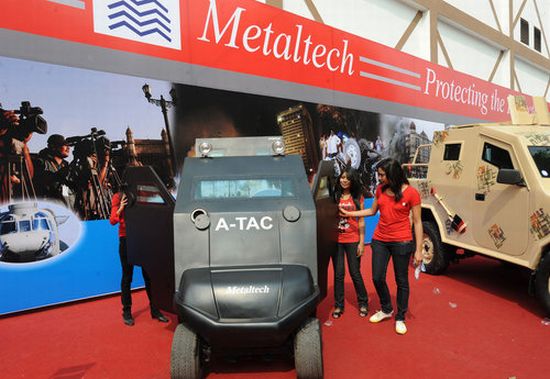