Apple Keyboard docks and connects iPhone/ iPod to your PC 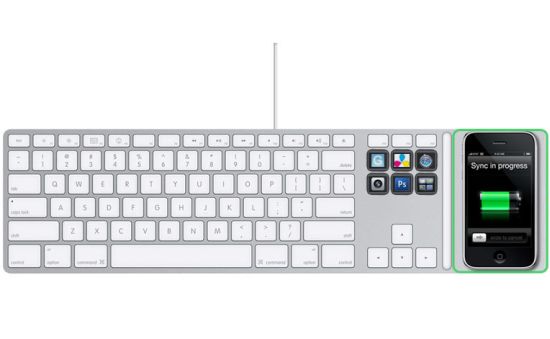 Keyboard is one of the most integral part of a PC or a notebook and designers are working round the clock with new ideas to make it more user-friendly and hi-tech. Encouraged by the response that the Eee Keyboard PC by Asus – the 21st Century Commodore 64 with side-touchscreen instead of function keys – received at the CES, the Apple Keyboard Concept is yet another accessory for die-hard Apple fans that will allow users to dock and revitalize their iPhone/ iPod through computer. The Apple Keyboard will possibly allow the users to connect their iPhone and use the screen as a control surface while displaying the buttons and small apps, quite similar to the Asus Eee Keyboard.