AquaScript gets your message across in water 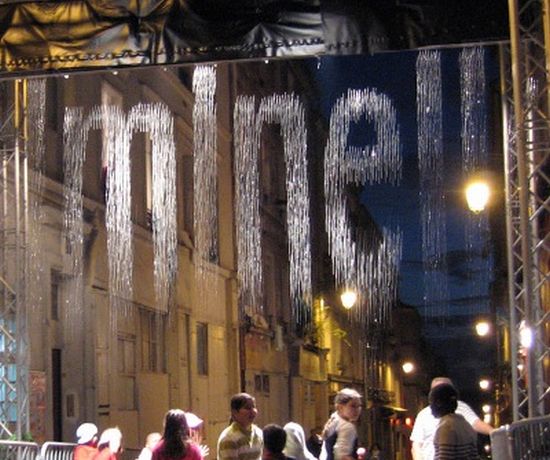 Emotions are so hard to express. When you have the right words, you don’t have the right medium and when you have the right medium, you don’t know what to say. Luckily designer Julius Popp has come up with a way to get the message across- like really across- and so spectacularly that your special someone won’t even mind if you used clichés or copied stuff out of a Hallmark card! The system, displays moving texts and images through the use of falling drops of water, like a stadium billboard suspended in mid-air and made of water. The AquaScript, as it is called, uses magnet-valves which expel single drops of water on demand while proprietary software synchronizes the valves in to a “freely definable bitmap-muster” which in turn produces bocks of images with the falling water. Pretty amazing isn’t it? Watch the video for more ideas on how to impress your Valentine this year!

AquaScript gets your message across in water was last modified: August 6th, 2012 by admin

Standby: Table that slips in a wheelbarrow...

The Wallee: A chic seamless wall-mount for...