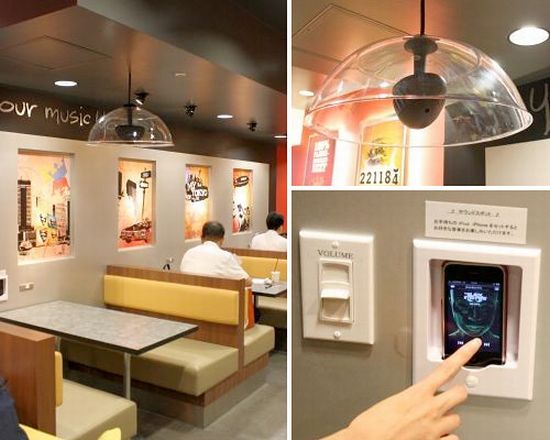 American fast food chains in Tokyo are working really hard to try and attract their Japanese clientele. Getting its act together this time is the Burger King’s new chic restaurant in Tokyo. Conceptualized as a place to relax with friends and family, Burger King has introduced the first “Musical Shower” booth system in the upscale joint, so that its customers can savor the goodies while they are all ears to their favorite tracks.

The fast food chain’s latest joint has been provided with sound spots in the walls to hold your iPod/iPhone and play your choicest music. The system has a special speaker/reflector in the form of an umbrella hanging above the table. Interestingly, only the people sitting in the booth can hear the music being played.

Save space while driving in the Ventile