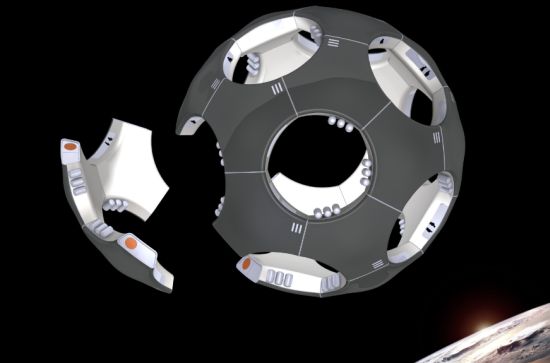 Let’s take a break from the mundane design concepts and do some space exploration. Well, I am talking about the concept space station designed by André Dettler. This concept was a submission for the “Design the Future” contest, which was presented by Solidworks and NASA. The Gallagher Space Center has been conceptualized with an intention for long term space habitation for workers. The spherical design of the space station is composed of different modules and the outer perimeter blocks harmful radiation from the sun while constantly converting solar energy. The modules can be rearranged for specific purposes such as research work and personal care. Moreover, the spherical shape allows the inhabitants to look out of the windows and clearly observe the surroundings. This visual communication benefits people psychologically for long term habitation, which is the prime focus of this project. 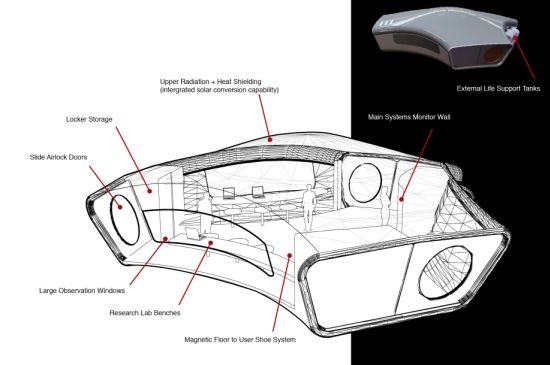 The modules can be constructed and shipped in cylindrical rockets. In a nutshell, the Gallagher Space Center project by André Dettler keeps its emphasis on the spherical shape of the space station, which gives researchers a feeling of home away from home.

One Line watch indicates both the hour...

Non Literal Phone: Is it a phone...