There are concepts and then there are just concepts. The former render to practicability and latter are mere figments of the imagination, impossible to realize with the current state of tech at our disposal. I look at the “e-dairy” and I immediately put it into the latter lot. However, that should not, even for a moment, be construed to mean that I disapprove of it, since frankly I’m pretty amazed by the vision of the designer. The e-diary is a concept gadget by Yong Hwan Kwon. It is something that seems straight out of some sci-fi flick. This device is ostensibly a phone, a scanner, a notebook and a drawing board – all in one! Endowed with a touchscreen and a freaky little accessory tagged the “e-pan,” the e-diary can be used for messaging or making video calls. Yong says the device will read numbers off printed material (for instance a card) which is kept on its surface, making it a compact scanner. The user is free to use the e-diary to record his daily experiences, of course by using the e-pan on its surface. The e-pan also serves as a camera and used to click and store images. I believe this would require the gizmo to feature some kind of memory. Now all that remains is a media player, throw that in and we will have a pretty amazing-looking PDA at our disposal. Check out some crisp images after jump. 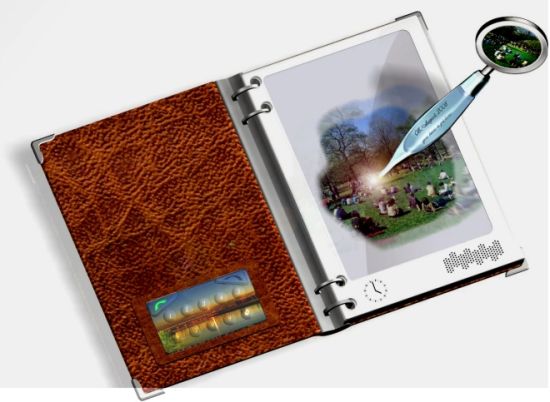 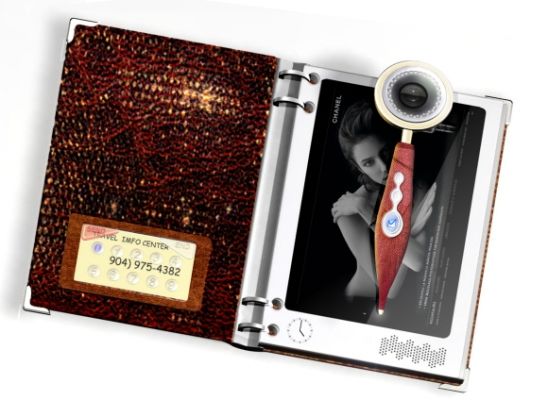 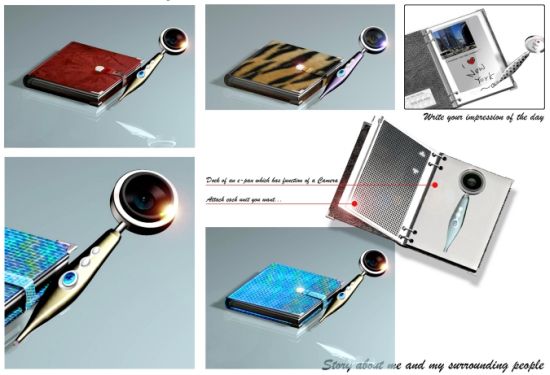