ECON: An innovative way to save water 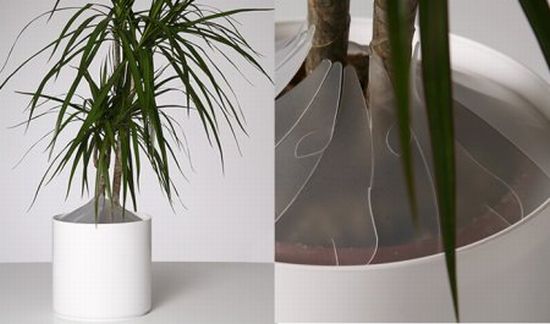 Water, the precious resource without which no life would exist is becoming precious by the day. You too can do your bit to save some water with the ECON. No, we aren’t talking about a rain water harvesting technique. We are talking about a design concept from the Spanish eco-design firm which will radically help you save up to fifty percent of water while you water your plants. The ECON concept takes inspiration from a rather unusual source in the Namibian desert beetle. This desert beetle recovers water from a special movement of it’s shell. Replicating this beetle’s shell, the ECON basically acts as a place for the evaporating water to condense. The condensed water then gets routed back to the pot thus saving a lot of water, which would otherwise have evaporated back to the atmosphere. The ECON comes across a very innovative concept that definitely deserves to be replicated in a large scale in water deficient regions of our planet.