Ecopad includes nano piezoelectricity film to recharge without plugging in 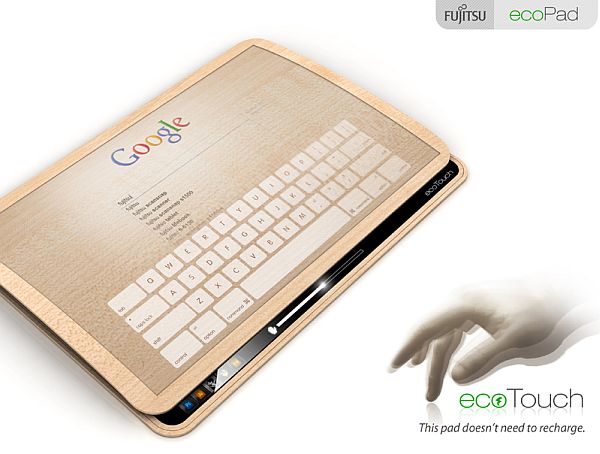 Ever heard of a gadget which gets charged, while working on it, even without plugging in? A group of designers from Korea have made this possible. Yonggu Do, Jun-se Kim and Eun-ha Seo have created a device named the “Ecopad” that features nano piezoelectricity film underneath the display to produces electricity and recharge itself, each time the user presses the touchscreen. Normally, users press their touchscreen display over 10,000 times a day, which could now be converted into electricity to power the revolutionary device.

Now, with Ecopad charging your gadget would be no more a hassle. Just turn on the pad and let your fingers do the rest to juice up your device anywhere, anytime. The Ecopad won the Judge’s Special Award in the Designboom competition “A Life with Future Computing,” organized in collaboration with FUJITSU and Design Association, Japan. 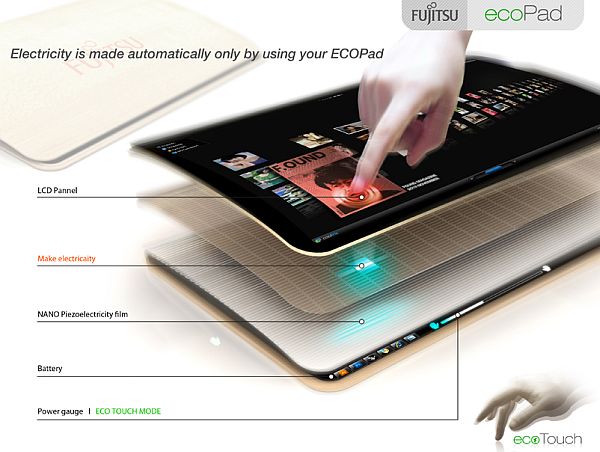 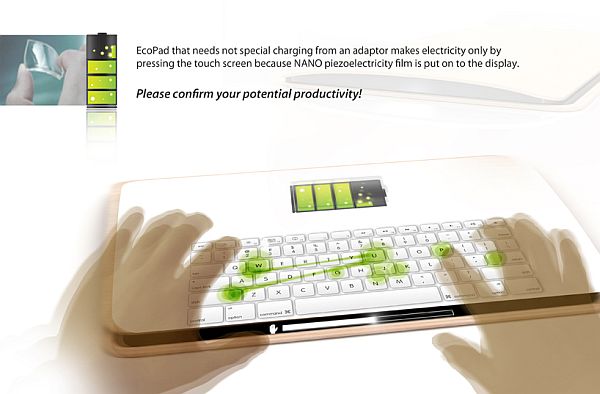 Watree to water playgrounds throughout the year

Neverending — A bookshelf or a sculpture?

Turn On lamp becomes a switch to...