Enliving the Model T with a modern thought 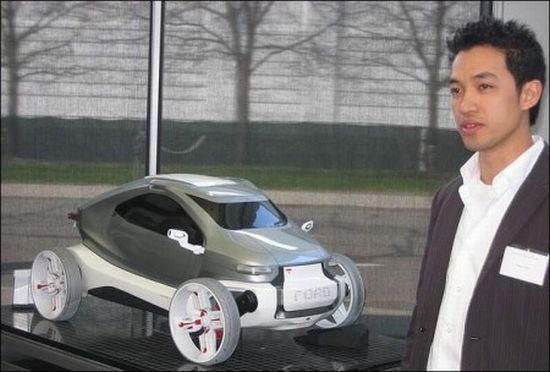 Model T has been a landmark design in the history of automobile designing and to put in an attempt to relive the entire thought would always have been a mammoth ask. The ask though was eventually put up to designers by the Ford Motor Company as a competition and it was well answered by 24 year old Dong Trang, a junior designer from the College of Creative Studies, Detroit. In Comparison to all the other designers, Dong succeeded in vowing the Judges by designing something that was retro in looks but avant-garde in functionality. His design featured solar panels and energy capturing suspension design which would together assist in charging the batteries. The modular seating arrangement reminiscent of the original version is good enough to seat four while the foldable rear hatch makes up for the storage woes. Video after the Jump

Enliving the Model T with a modern thought was last modified: August 6th, 2012 by admin

Pelican 80 for a luxurious experience