Ferrari XFX: A soapbox racer that would do an F1 driver 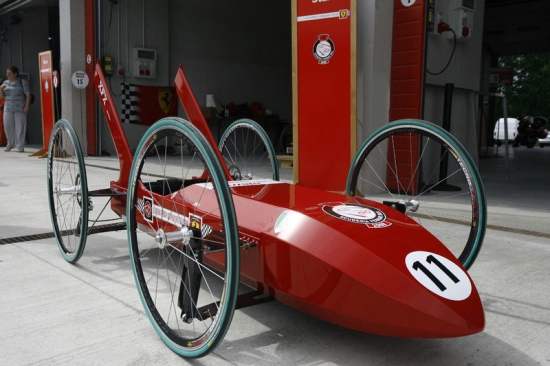 Kids have always been trundling down the slopes in soapbox racers to while away their summer holidays. Now, a bunch of race engineers have gotten together to build the Ferrari XFX Soapbox Racer that has just won the first round of this year’s Scuderia Soap Box Trophy. The sleek and aerodynamic XFX Soapbox Racer has plenty of racing bits to hurtle down the slope at some insane speeds. The driver needs to lie in a sleeping position to drive this soapbox racer which has been put through high tech testing for aerodynamics. Talking about aerodynamics, the soapbox racer has a pointy nose and a very narrow profile to minimize drag. Four spindly wheels provide the soapbox with the thrillingly quick mobility down the slopes of the race track and is ably controlled via a steering that looks more reminiscent to the ones used in F1. On the whole, the Ferrari XFX Soapbox Racer is one cutting edge machine any kid worth his/her racing boot would love to possess. 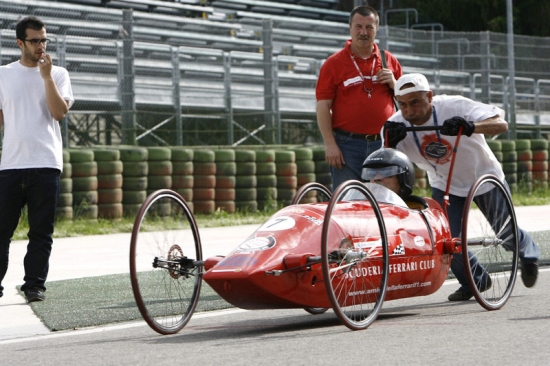