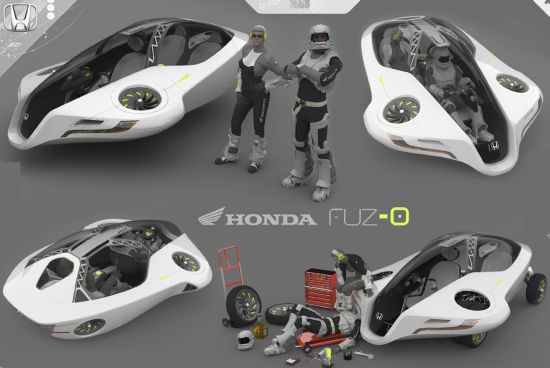 If Opel D49, winner of the Opel/RCA Design Competition, wasn’t good enough to take you by wonder, the latest flying car by designer John Mahieddine dubbed “Fuzo” is definitely gonna give food for thought with its truly futuristic and awe-inspiring design and abilities. Generating power from four turbines, resulting in high-speed horizontal flight and easy handling, the futuristic car for Honda is capable of reaching top speeds of 400 mph. Finished with durable and lightweight materials, including carbon fiber, Kevlar and carbon nano-tubes and the bubble canopy, the VTOL vehicle can accommodate three passengers, including the driver, comfortably. The high-tech vehicle turns its turbines into wheels to run like a normal car when on the road. Designed with the possibility to control with by a fly-by-wire system (computers using Global Positioning System), the Honda Fuzo ensures a safe but at the same time luxurious ride to the commuters.

The flying car presents two joysticks fixed on either armrest of the driver’s seat, the left spinning the car on its axis and the right controlling tilt and direction, together with two foot pedals that take care of power and brakes. Moreover, the futuristic vehicle ensures foolproof security with internal and external airbags that open to protect the commuters as well as the car in case of a mishap. 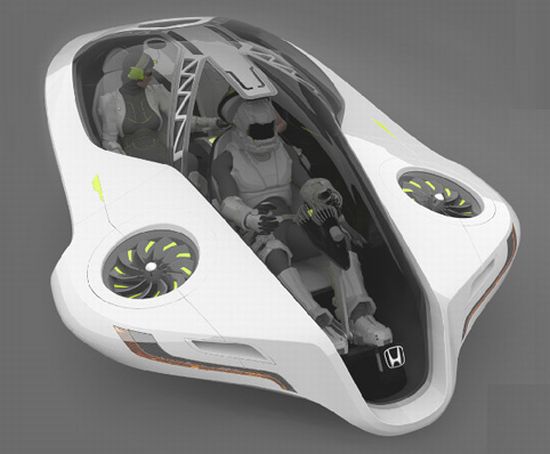 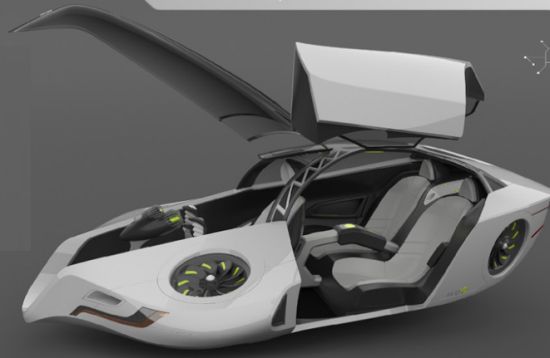 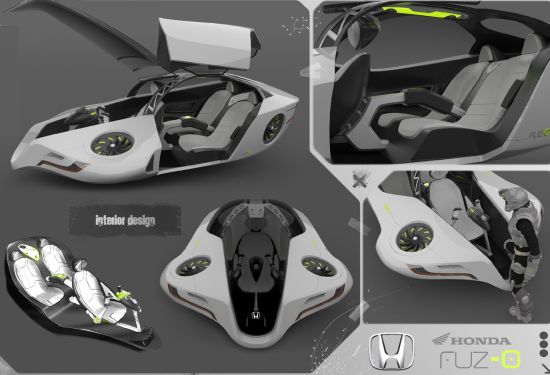 Home desktop gets a facelift with Deep...

Sustainable container dwelling is a saga of...

Softshell Velomobile spells out convenience with a...