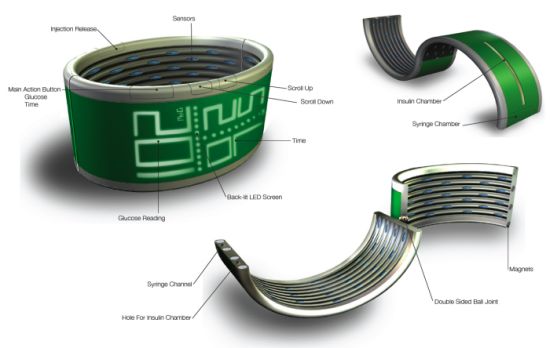 With people keeping a distance from medical gadgets, the “GlucoM Writstband,” a medical concept for diabetics, comes as a pleasing exception. The trendy gadget, other than securing instant and non-invasive glucose readings, a history of previous readings with averages and an insulin chamber with a loaded syringe cartridge for injections, also doubles as a fashion accessory for diabetics. Designed by the creator of Space Solar (covered a couple of days back in the blog), Eli Hariton, the GlucoM collects glucose samples from fluids in the body by employing an electric current running throughout the sensors. The GlucoM Wristband including “reverse iontophoresis” makes use of technology. Users may view their current glucose level by pressing the main action button on the right of the screen, while the up and down buttons (located underneath the action button) display their precious glucose levels.

Four strong magnets, placed on the opposite sides of the parting line, hold the bracelet together, which can be disconnected by pulling the one side. The pivoting four way ball joint allows for about 360 degrees rotation. When removed from the wrist, users may twist the two halves of the bracelet to measure the correct amount of required insulin. One out of the two halves of the bracelet stores the insulin and guides the user about the required dose, together with letting the users know about remaining doses. The bracelet also includes needles that automatically eject and replaces the used ones after every injection. The removable syringe cartridge, capable of holding up to 50 syringes, keeps the syringes free from infection. 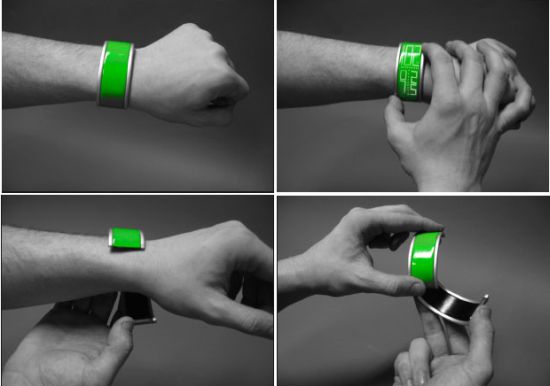 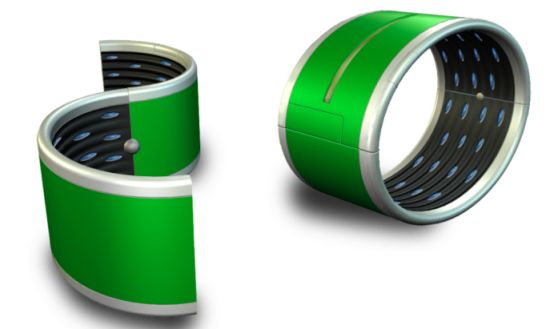 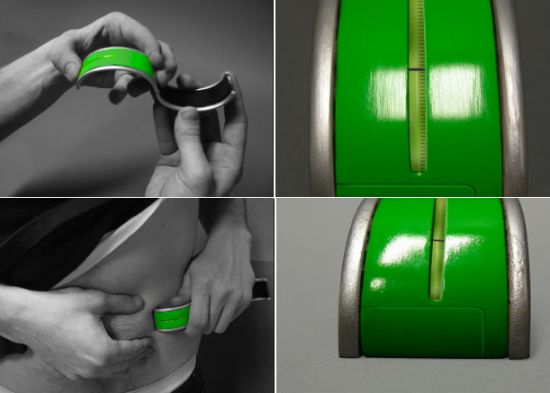 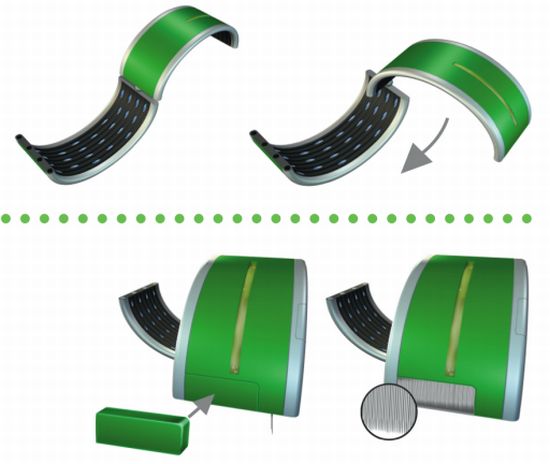 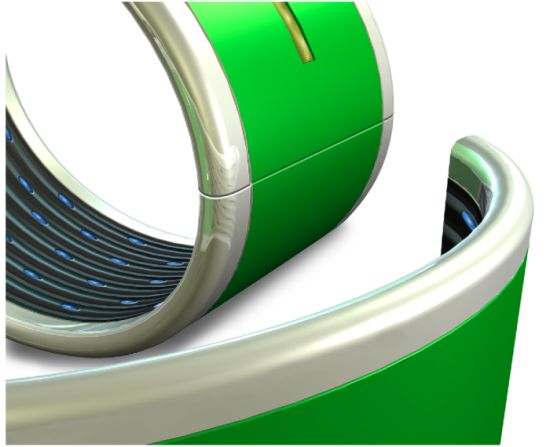