Hornet: Gyroscopically balanced superbike can turn on a five-cent coin 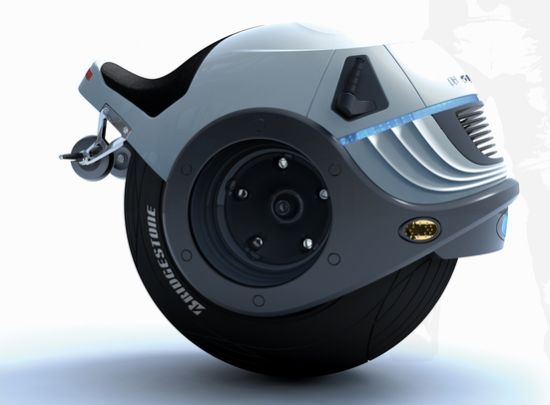 Winner of the prestigious VACC competition, the “Hornet” by Liam Ferguson is a one-wheel superbike, which seems to be “up there in the clouds a bit.” Generating power from dual 74 hp (55 kW) in-wheel hydrogen fuel-cell six-phase Neodymium-Iron (Nd-Fe) electric motors to reach a top speed of 235 km/h, the Hornet integrates two side-by-side small wheels to balance it gyroscopically when parked. However, as soon as the rider accelerates the motorbike, it tilts forward to lifts its rear stabilizer wheels off the ground to run on the central wheel.

Working like a Segway, the electric bike integrates a series of computers that examines both the Hornet’s attitude and the rider’s inputs to correct the stance according to the weight and momentum of the vehicle. Weighing about 176 kilograms, the single wheel motorbike looks too bulky and difficult to maneuver, especially at slow speeds, but it touts an amazing turning circle of zero meters, thanks to the dual-wheel system underneath, to let it turn even on a five-cent coin. 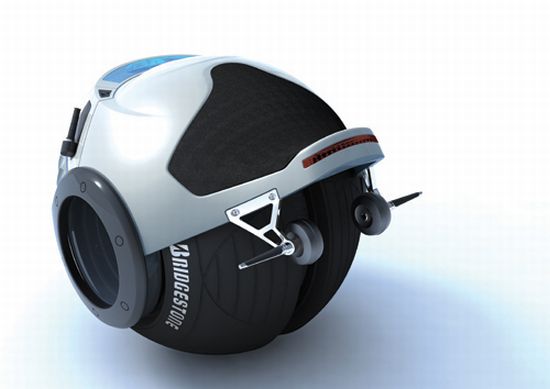 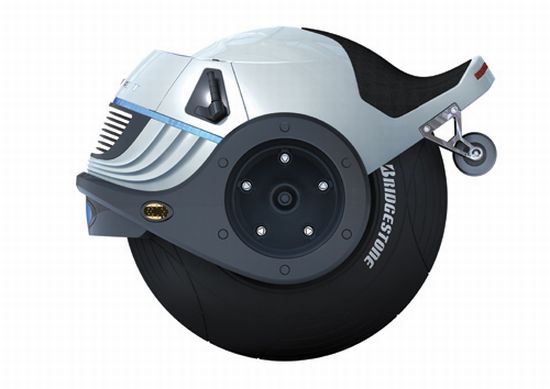 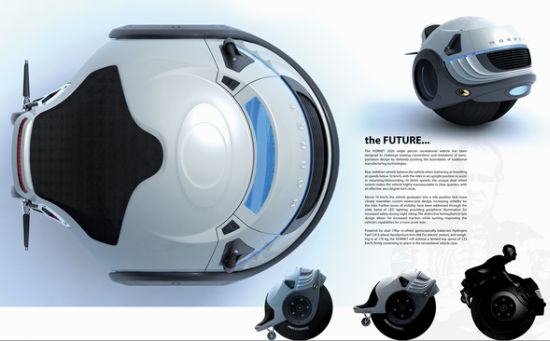