IPV, an induction powered mobility concept for the future

Addressing the issue of increasing traffic on urban roads, designer Philipp Siebourg has come up with a maglev vehicle concept that promises to make cities better places to live in. The induction powered vehicle (IPV), as the British designer calls his vehicle, has no engine. It runs on an induction powered system. Therefore the only thing the vehicle needs is an integrated magnet. The rail system generates a magnetic field. The magnet responds to it and the vehicle starts to move into the predetermined direction. The IPV has an edge over electric vehicles, because it does not need an energy carrier such as a battery. It also does not need an electric engine, which makes the vehicle much more cost efficient. The vehicle contains of simply four wheels, the body shell, an interior shell and the magnet. With this system there are no vehicles allowed within the city center anymore to get rid of the harmful emissions of the vehicles with combustion engines. There will be a much better air within the city.

As the vehicle runs on the induction system, there is no driver needed. You can enter the vehicle only from one side – the safe side toward the pavement. Users can order the IPV with their mobile device, like a taxi, and enter the place they want to go. Estimated time of arrival or the time left is displayed on your mobile device. You either can order your own vehicle or you can share your vehicle with other passengers. The futuristic vehicle allows the commuters as well as residents to enjoy clean city air when they arrive relaxed at work – or back at home! The IPV is gonna be a necessity for the future, especially when more and more people are moving into urban areas for living or to earn their living. 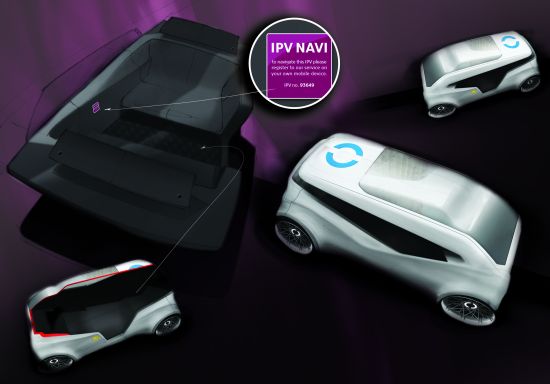 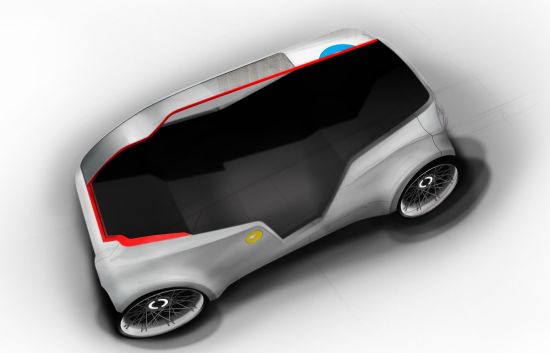