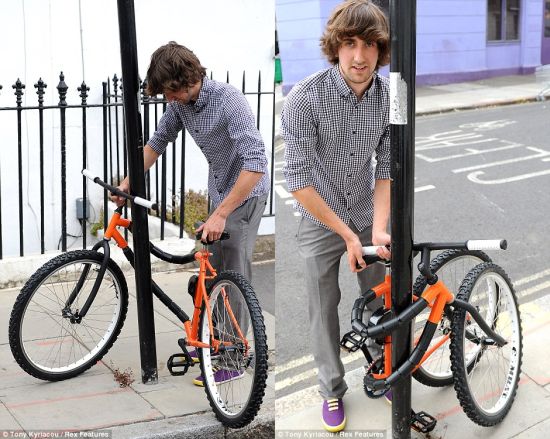 A new bendable bike has made history of sorts in bike invention. Designed by 21 year old British designer, Kevin Scott the bendy bike needs no lock to secure itself. It does that by simply wrapping itself around a lamp post. Kevin made this possible through application of ratchet system built into the frame of the bike. The frame can be ratcheted tight to allow it to be ridden like a normal bike and loosened similarly to bend and wrap around the pole, enabling the lock to be wrapped through both wheels and the frame. Thoroughly capable of going into production, Mr Scott’s creation is currently on display at the New Designers show at the Business Design Centre in Islington, North London. 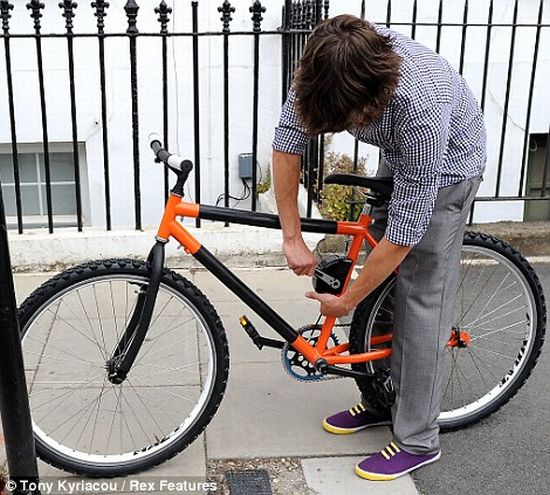 Kevin Scott’s bike bends itself to lock around a lamp post was last modified: August 5th, 2012 by admin

Feel-ing the thrill of sledding on the...

Folding Bicycle is a safe ride for...