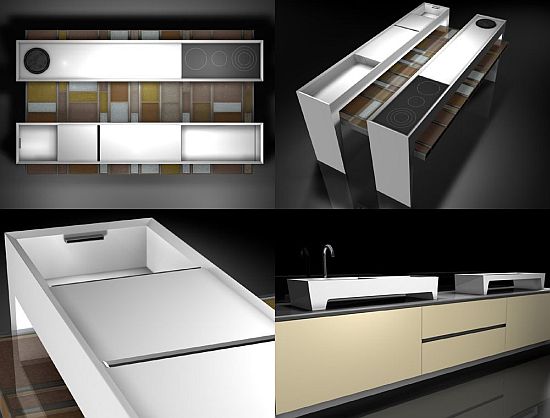 Created by dragdesign studio for Foster, the Kitchen Garden kitchen concept seeks to profess a lost oneness with nature for every person who interacts with it. Designed to fit in neatly within the Foster Experience set up; the concept features two bridge elements that symbolize “water” and “fire” which manifest themselves via aluminum and glass surfaces. The first element in the design is devoted to wash with a long basin and two smaller adjoining planes being dedicated to food preparation. Three rollaway basin placed under the planes can be pulled out and tucked away depending on the use for them while a smaller fourth basin placed centrally can be used as a trash can for organic waste. The second element is used mainly for food preparation with a thick plane comprising of an electric ceramic glass cooking plate with three burners on one side and a fourth firestone burner. By integrating the natural element into the design, the concept lessens the gap between man and his natural environment. 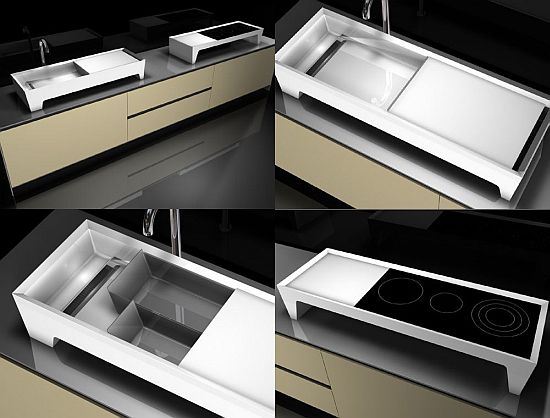