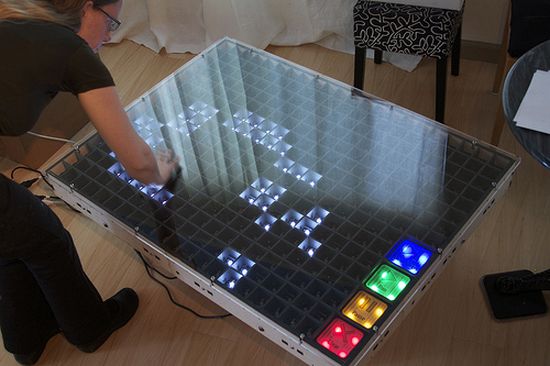 A pioneer in the use of LED’s and very well known for his light sculptures Leo Villareal quite rightly eyed the Game of Life to express his ingenuous skills. Leo has endeavored to put the most often programmed computer game in existence with the help of LED’s his preferred choice. The display built by Evil Mad Scientist Laboratories uses medium sized print circuit boards tiled together to form a 32 x 44 inches interactive surface with LED’s spaced on a 2-inch grid. Each LED has its own sensor consisting of an infrared LED (tinted blue) and infrared phototransistor (tinted black) to detect reflection of your hand when you reach out to touch the display. 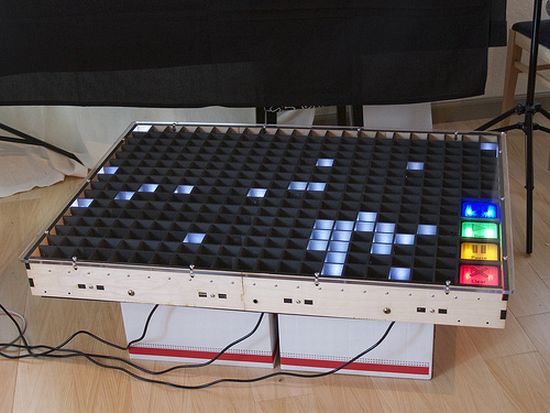 The sensors and entire communication with neighboring boards is managed by an Atmel AVR ATmega164P microcontroller. The lower right corner has a control section with colored LED’s. The Game of Life will be put on display at the San Jose Museum of Art. 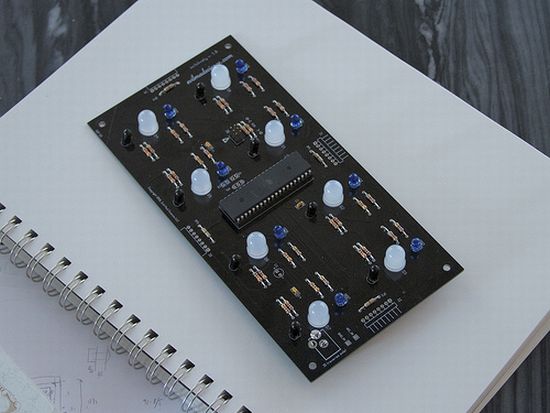 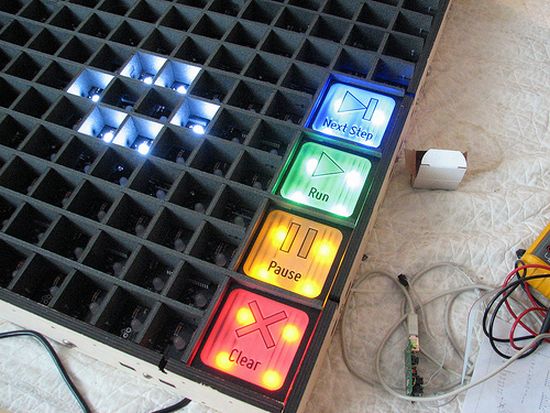 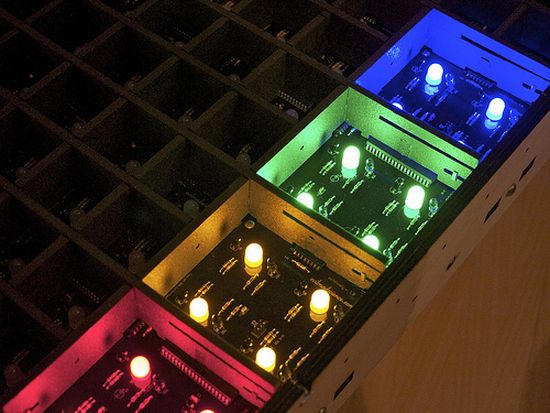 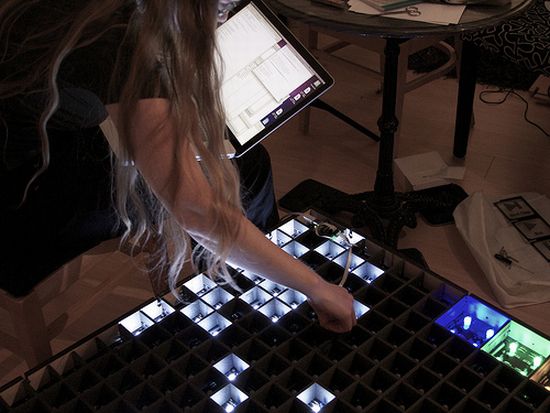 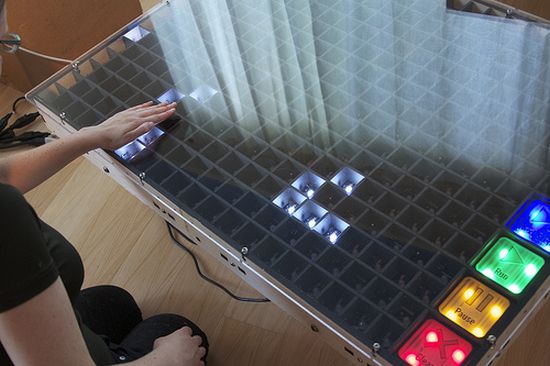