Home Uncategorized Light and Armchair: Light that unfolds to become an armchair
Uncategorized

Light and Armchair: Light that unfolds to become an armchair 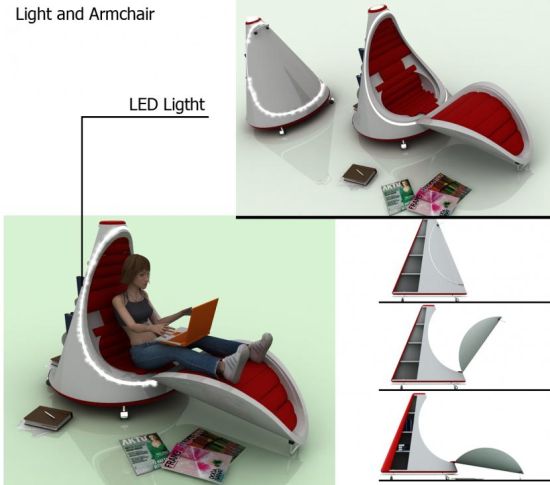 With city homes turning into small apartments, due to rapid growth in urban populations, the need for compact or multifunctional products, to make the most of the least available space, has been on the high. Taking on the problem, American designer Ufulie has devised a functional LED light called “Light and Armchair” that as indicated by its name unfolds to become an armchair. In addition, the functional object provides space to store your books, magazines and other small objects at the back of the chair. You may turn the light on, unfold the chair and enjoy your reading in a comfortable posture. The Light and Armchair integrates wheels at the base so it could be moved in a corner with little effort when not in use. 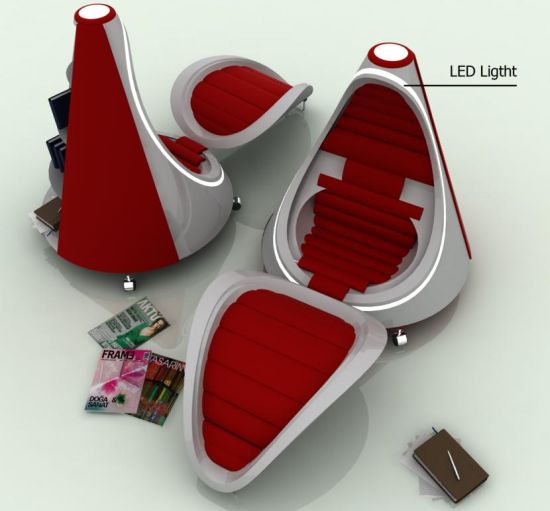 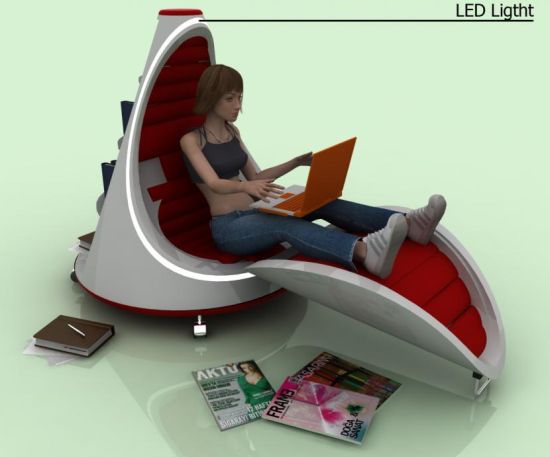 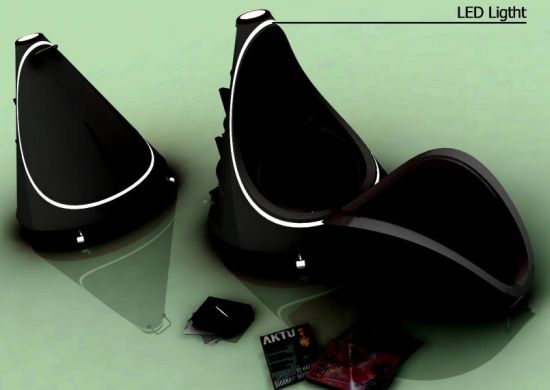 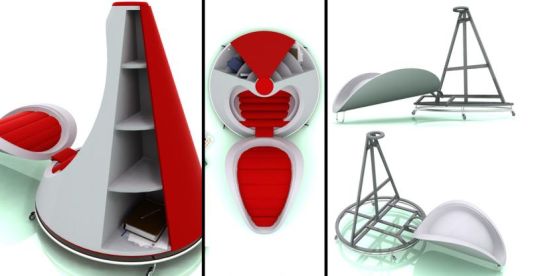 Light and Armchair: Light that unfolds to become an armchair was last modified: August 5th, 2012 by admin

The New Moon accentuates the prosperity of...

LifeBook lets you slide the screen without...

Reincarnation inspired Kyama Chair to save the...

From ordinary to extraordinary: Amazing lounge made...