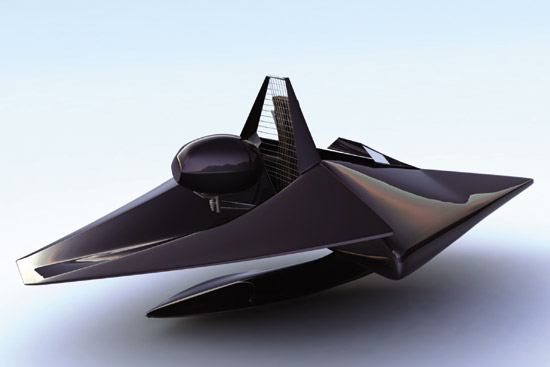 Embarking on a new era in marine travel, Belgian designer Jan Geilens has come up with a revolutionary water vehicle that brings fresh technological advances in water sports, but surprisingly at a low price. Dubbed the “Breaking,” the new water vehicle presents improved maneuverability, allowing it to take full turns at high speeds and stop promptly without jerking or rolling. The sports boat creates a hydrodynamic effect on the keel, thanks to the manipulation of gravity within, which also generates aerodynamic forces that influences the profile of the wing and the propulsion of the air propeller on the dynamic center, reducing the energy consumption of the propulsion motor by a great margin.

Propelled by a Hirth 307 motor, essentially developed for the light aircraft industry, the boat also features an aerodynamically designed wing that rather than submerging floats on the water to avoid the “beating on the waves.” Measuring 366 m in length and 299 m in width, the single person boat comes equipped with standard navigation instruments, including a vehicle and a motor speed display, a tank-level display, magnetic compass with compensation map and two directional searchlights, while the steering is done by orienting the propeller and differentiating the number of revolutions. To quote the designer:

It concerns a physical electro-magnetic gravity that shows an electronic behavior and a dynamic patron in an interaction between and in space and matter of stability and motion. To mobilize these powers and to form them in their will to a dynamic stability in a creation of marine vehicles. 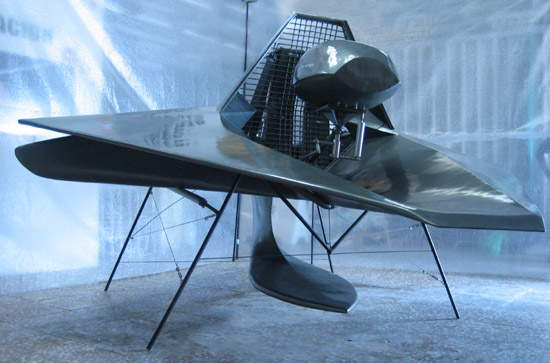 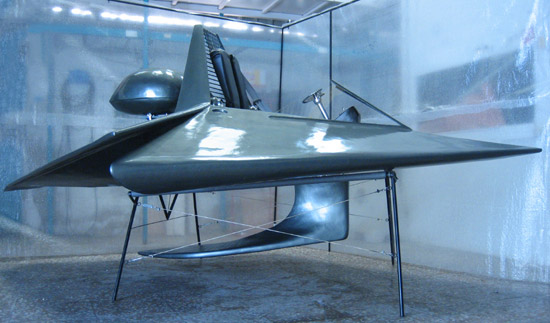 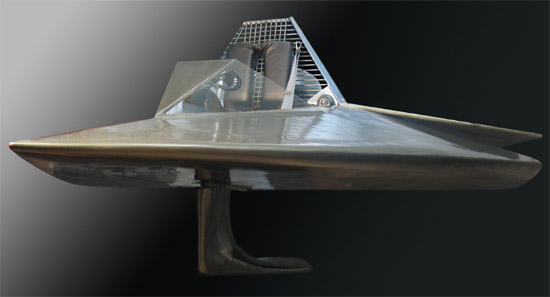 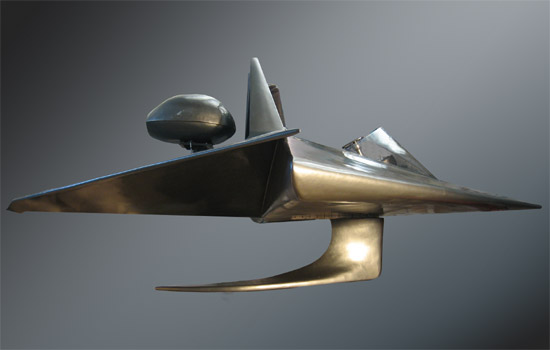 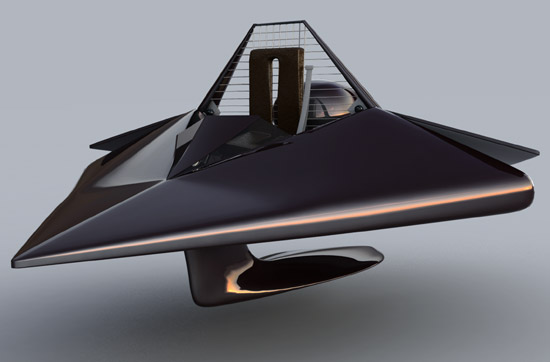 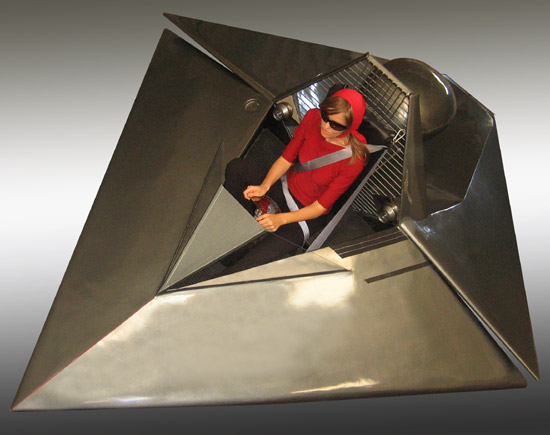 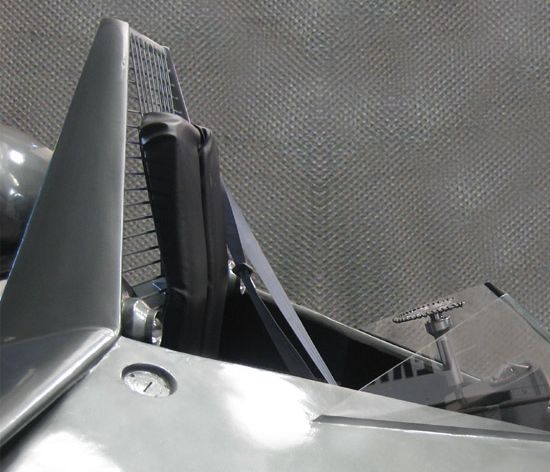