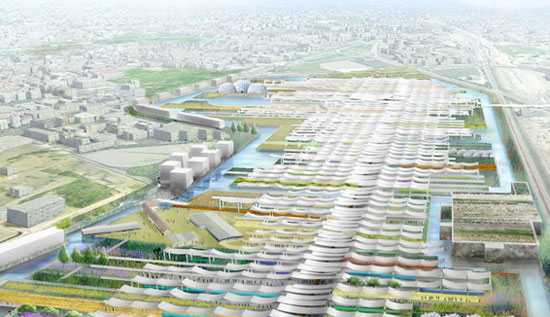 While people across the world are eagerly waiting for the World Expo 2010 Shanghai, we have the conceptual master plan for the Milan World Exposition 2015 at our hands. Designed by a bunch of designers, including Jacques Herzog, Ricky Burdett, Stefano Boeri and William Mcdonough, the Milan Expo will revive the urban plan of Roman towns with their twin axes, the Cardo and the Decumanus, to enhance the capital city artistically, spiritually and intellectually. Based on the theme “feeding the planet, energy for life,” the Expo envisions a planetary botanical garden that will merge agro-farming with the city life to nourish the place. And a large planetary table at the center of the axis will allow visitors to have a peep into the pavilions and sample the food produced and offered by other participant nations. The Expo will also feature a perpendicular axis to create a miniature of the farmlands surrounding Milan. Combining with the entries of the participant nations, the two axes will create a vast open grid of spaces that will be surrounded by numerous water ways. 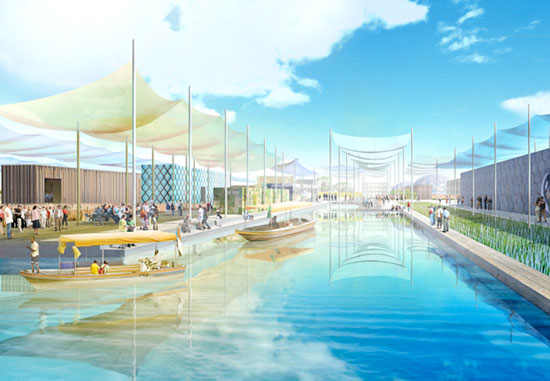 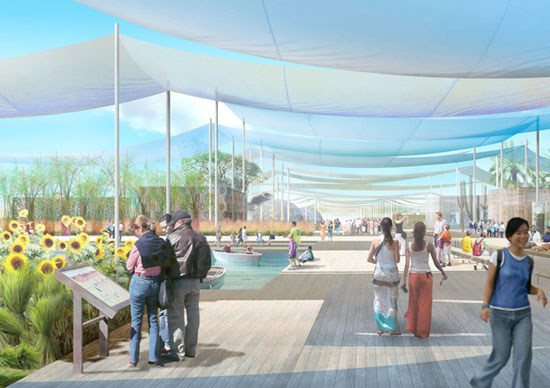 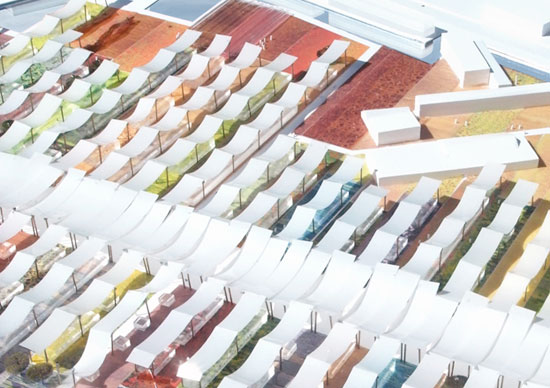 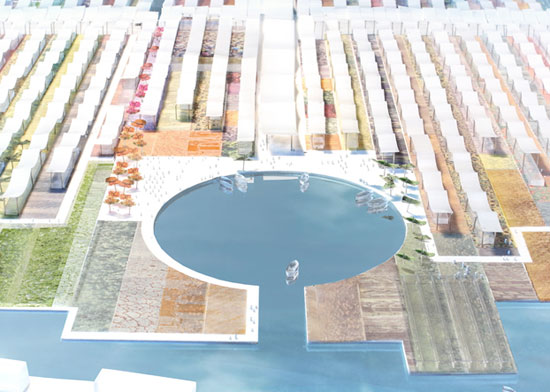 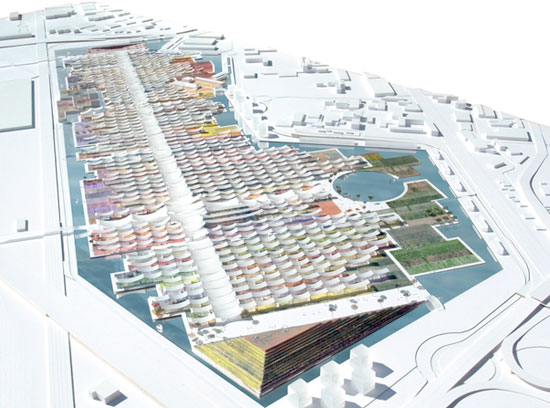