Developed by Sydney-based designer Michael, the Misa Digital Guitar is an advanced instrument that replaces the conventional chords with a wide touchscreen for gen-next music freaks and bands. Ideally a MIDI controller, the Digital Guitar plugs into a MIDI capable sound module, which can be configured to provide specific functionality. Presenting a minimal interface to keep the instrument simple yet effective, the guitar features 24 frets for equal tempered division of the octave. Based on an open interface, powered by the Linux operating system, the Misa guitar lets you program or modify its interface with minimum fuss. Check out the video after the jump. 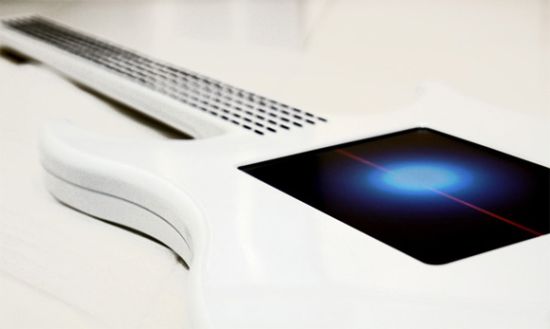 Swaybath bathtub alters according to a person’s...

SAAB Spyker 9+ Tribute is as pleasant...

Bowler Rink gives a twist to the...