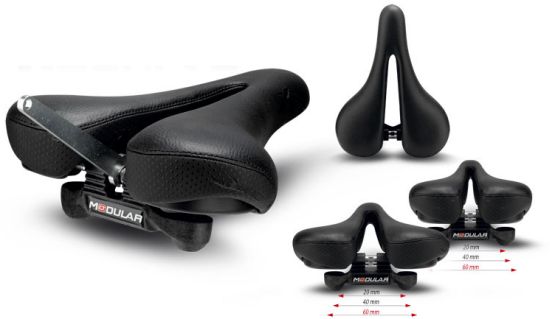 Selle Bassano, the company with a mission to innovate the concept of comfort and design attributed to bicycle saddles, has developed a very special city bike saddle called Modular CT. The Modular CT is claimed to be the only city bike saddle in the world with an adjustable opening in the middle, which allows the rider to adapt it to their desired sitting position. It is possible to open the saddle up to 60 mm, allowing a perfect adaptation to the structural morphology of the basin that is different with each rider. Moreover, the opening in the middle of the saddle allows a considerable change of air in the perineal zone and the non pressure on the same area helps the blood circulation and lessens the rubbing irritation. With differentiated zones of softness, this helps eliminate the pain caused by traditional saddles. Selle Bassano has won a prestigious Eurobike Award 2008 for the new Modular CT. 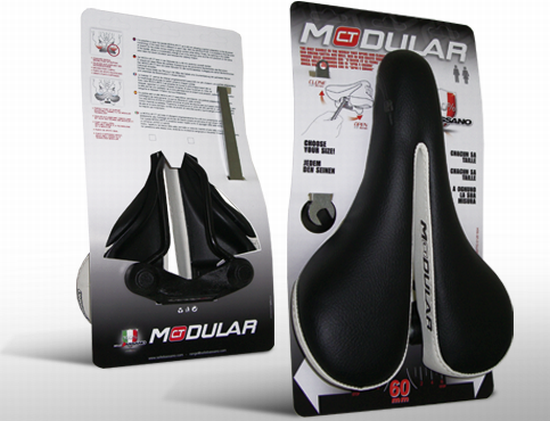