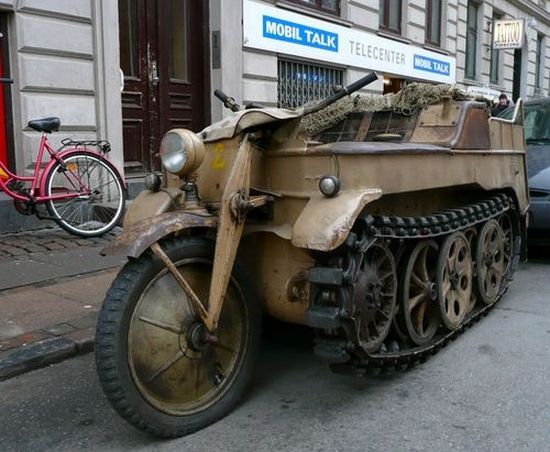 Found recently in the streets of Copenhagen, the SdKfz 2 (better known as the Kettenkrad) is a World War II German military vehicle that may well give modern ATVs a run for their money. Designed by the NSU Motorenwerke AG, the Kettenkrad was developed to make inroads through the rough European terrain, ravaging the opposing forces. Much like contemporary all terrain vehicles, the tracked vehicle could climb up to 24° in sand and even more in hard ground. To quote an onlooker from the Danish capital city,

Semi-temporary license plate suggests it hasn’t had an official MoT inspection, but that it can be ridden on public roads with some restrictions, one of those being that it isn’t used for everyday transport. 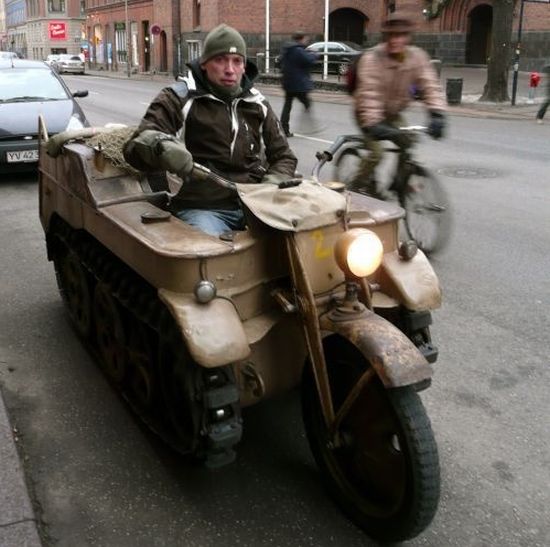 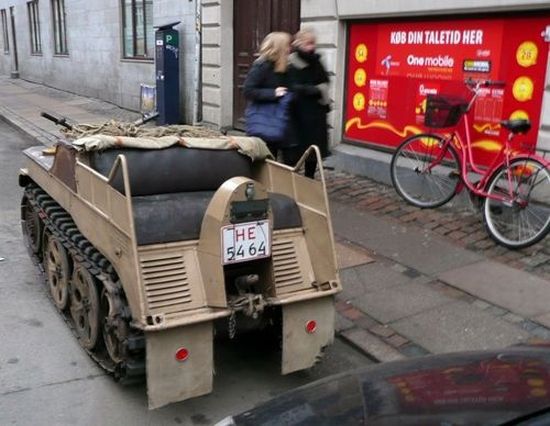 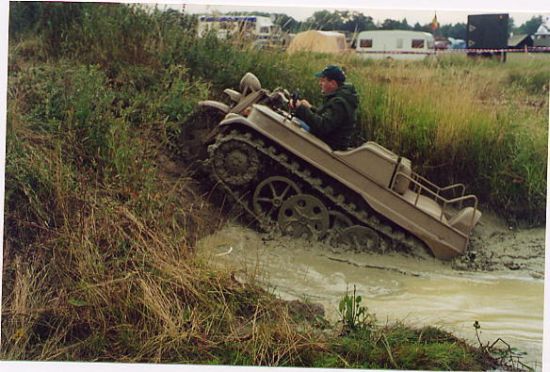 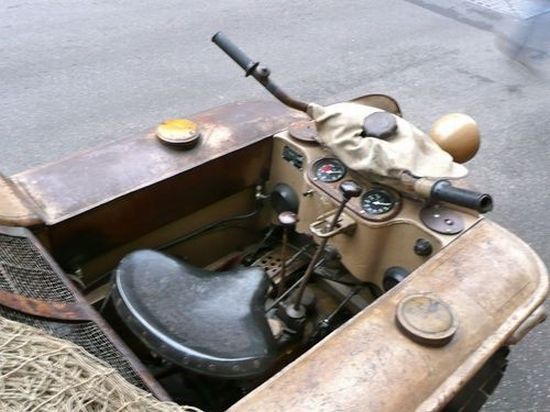