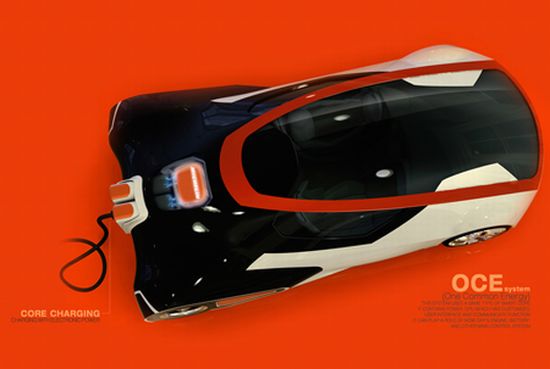 One Common Energy is an intriguing description of a concept car; shorten it to “OCE” and it becomes even more intriguing. Korean designer Yongbang Ho has envisaged an electric car that is quite revolutionary in function but one that retains simplicity in its form. This vehicle runs on OCE – a smart energy system wherein every car part runs on the same type of smart battery system. This system – consisting of a battery and a CPU with customized interface – is unique in its usage and can replace the guts of today’s vehicles. The OCE can also work with different vehicles allowing a user to buy an engine-less car and use it with an existing OCE system. A capability to generate and store electricity through breaking makes this participant of Michellin Challenge Design 2009 a remarkable concept. By the way, it looks great as well. Check out some more images after the jump. 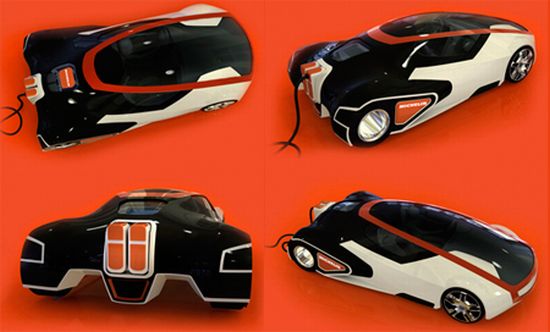 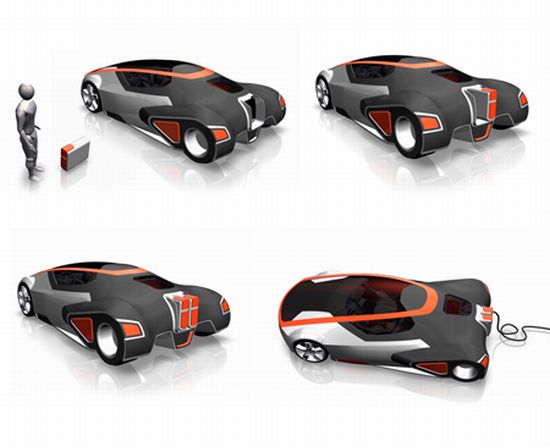 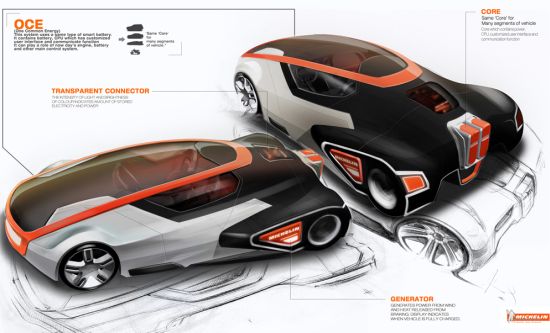 Drive the Ferrari (kitchen) in your home

U Light Me! Your Perfect Camping Partner

Can serving table feed your gadgets —...