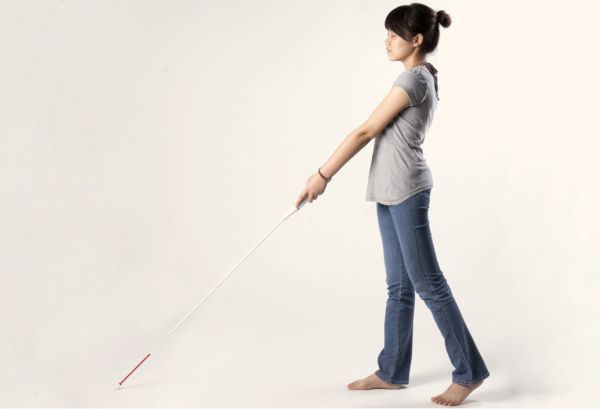 Visually impaired people can’t see a single ray of light. So, to make them feel one with the crowd, designers are coming up with products that will act as a ray of hope in their lives. Xun Ye has come up with a walking cane named Origin. The collapsible design will make such people all the more independent and promote mobility.

The cane has been fitted with a GPS system, which will allow blind people to walk without the fear of getting lost or hurt. The designer has made good use of modern technology for the betterment of this section. The simple design features a microphone, speaker, switch and a Braille scale. Braille system has been adopted in this design. Before moving towards a destination, a user says the name of the place through the microphone, which has been crafted in a raised manner for easy recognition. The spoken information is received by the GPS system which acts accordingly.

The cane has been fitted with a Braille scale that turns around to inform the user about upcoming turns. The red colored button serves multiple functions and guides the user as well. It also has a rubber wrist band, which is worn around the wrist for easy usage. Origin, with so many features, will act as the best friend for visually impaired and make them reach their destination independently.