PIKDA chessboard lets you snack on pieces of your opponent

If you are hungry for success and just wanna tear down your opponent in the game of chess, Argentine designer Franco Marino Cagnina has come up with an innovative chess set named the “pi.k.da” that lets you gobble up, literally, the chess pieces after knocking them down on the board. Featuring the pieces looking like a cookie-cutter that the user can stuff with cheese, ham or salami, the chessboard encourages opponents to use their brains and fight for their food. Apart from being a chessboard, the pi.k.da doubles as a tray to serve snacks for your guests, for it elegantly carries dishware, napkins and other stuff underneath the top surface. 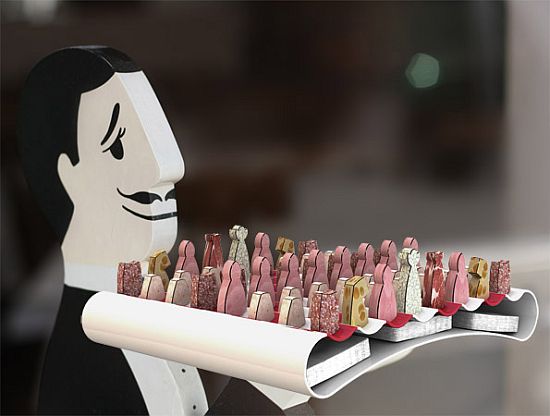 PIKDA chessboard lets you snack on pieces of your opponent was last modified: August 5th, 2012 by admin

Capturing the moment in totality with the...

Hingarae residences and resort – The great...