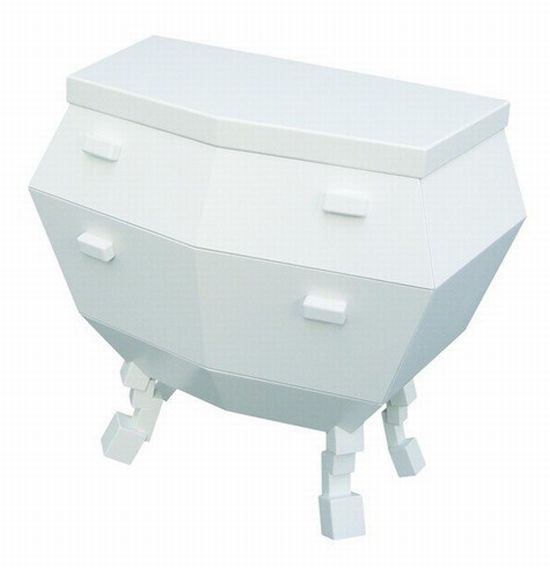 Rococo was more than something merely ostentatious in décor. It was actually concerned with all that’s elegance and ornate. In a bid to reshape the style from 18th century France, a design firm from Sweden called Smansk has created a table christened “Jean Pape” and a chest of drawers named “Haupt”. And these are designed in a style that the firm has termed Neo Rococo; talk about being obvious! The designers decided to play with the form from the original style in an effort to lessen the role of inspiration. At the same time they tried to treat the original pixilated forms in a manner to suggest evolution. From the Neo Rococo blueprints, says designer Martin Pålsson, the team drew out 3-D designs by pixilation of data, followed by a reduction in the resolution. Both Jean Pape and Haupt debuted at the Salone Satellite during the Milan Furniture Fair. The products still retain the characteristic geometric aura of rococo and yet introduce some modernity (or semblance of it anyway) by reducing the number of polygonal structures. Is this evolution of rococo? That question is open to individual observation. 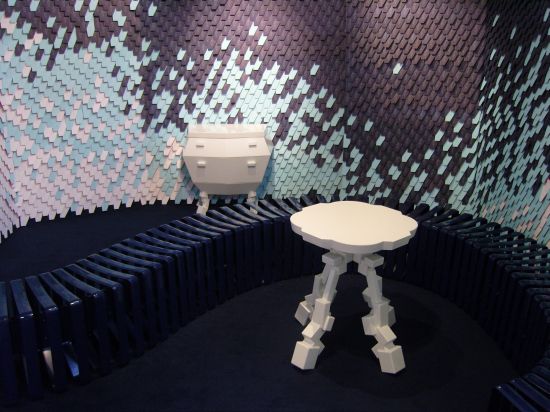 Glow your moving moments with the Walker...