The brainchild of Brazilian designer Maurício Sampaio, the “Sampdesign Neo” is an electric vehicle for urban use that offers a safe and sustainable ride on cramped city roads. Powered by three engines embedded in each wheel, the three-wheeler features an exterior surround by LED lighting, which makes it extremely safe during night rides. The zero-emission vehicle comes equipped with buffers that generate energy, smart rubber that totally isolates the cabin from the outer world and an air conditioner, which allows occupants to choose the internal temperature. The entire body, including the translucent, of the Neo uses biodegradable plastic that makes it environmentally friendly altogether.

The small size of the vehicle helps to solve the problem of traffic chaos in large cities. Commuters can access the vehicle through a single door that opens from the front. Capable of reaching a top speed of 90 km/h, the Sampdesign Neo has the maximum range of 300 km per charge, thanks to the lithium-ion battery. With the Neo, commuting on city roads won’t be chaotic anymore. 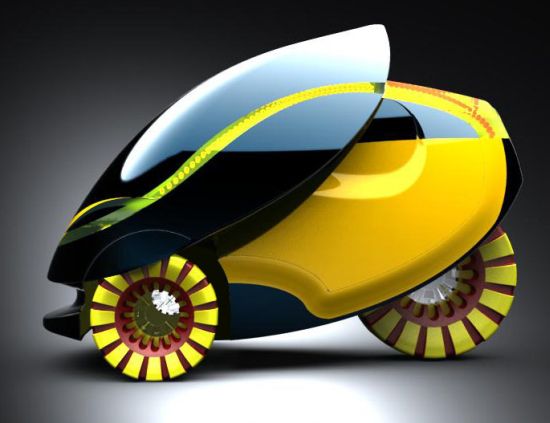 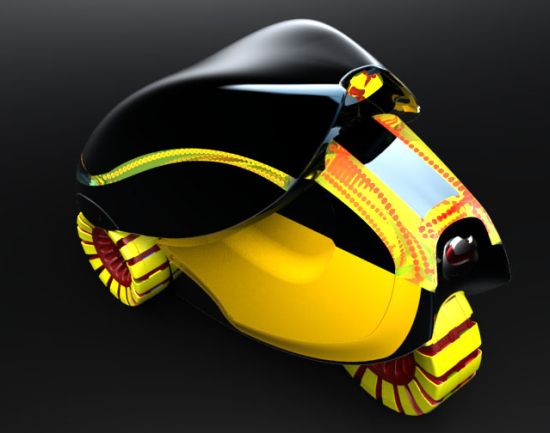 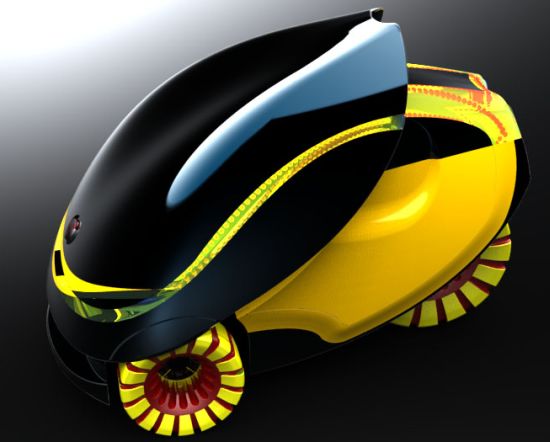