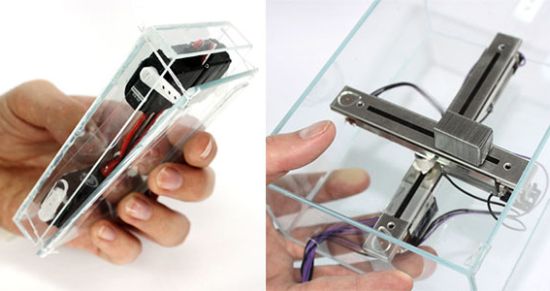 Designer Fabian Hemmert late last year gave a glimpse of his prototype phones during his TEDxBerlin talk that allow new ways to communicate information on the mobile phones. The prototype phone series includes a weight-shifting handset capable of altering the center of gravity, allowing phone feedback-based navigation to the users and a shape-changing phone lets the users adjust its thickness on any of its four corners to alert you about the messages on your cellphone. While another prototype employs a heartbeat like pulse to communicate information, which also projects battery life. Check out more images and video after the jump. 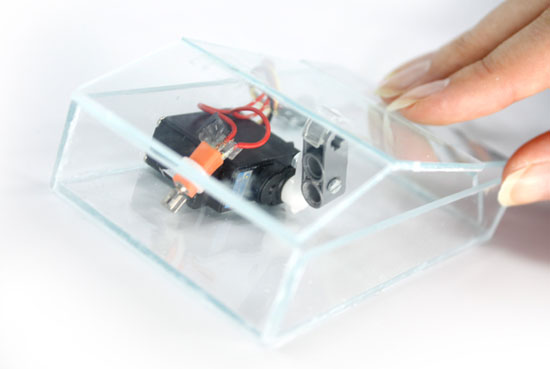 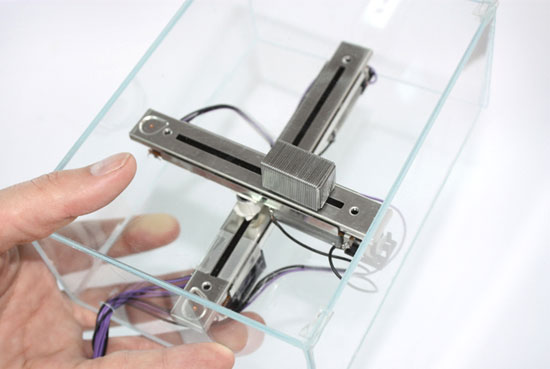 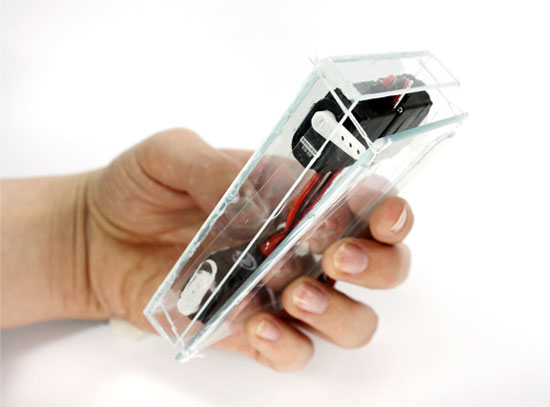 Hammam lets you customize the bathroom in...

Business Card Holder made out of recycled...