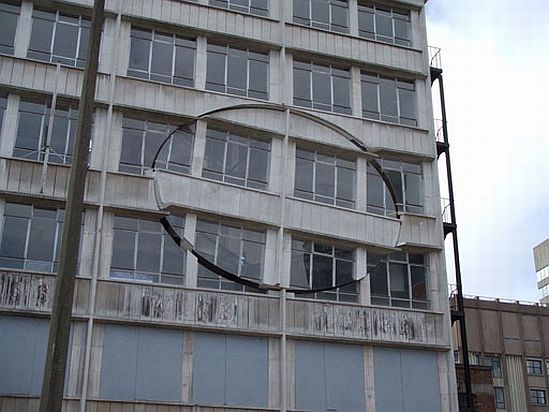 One of the most influential artist/sculptors of the 21st century, Richard Wilson, has always been interested in the relationship between architectural spaces and the changes that can be applied to them either by people’s interaction or by the maker or by the manipulation of perception. And his latest venture is slicing out a piece of the façade of Liverpool building set to be torn down as part of various art installations for Liverpool Capital of Culture 2008. Made in collaboration with the Engineer Price and Mayers, the plan involves slicing a part of the façade of the building to form an oval shape which slowly turns 360 degrees out completing a full revolution in 60 seconds. Amazingly enough the massive art work functions with complete silence adding to the shock value of seeing a hole in a building’s face rotating in the air! 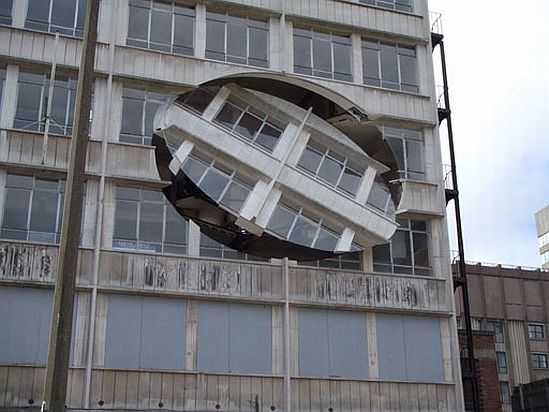 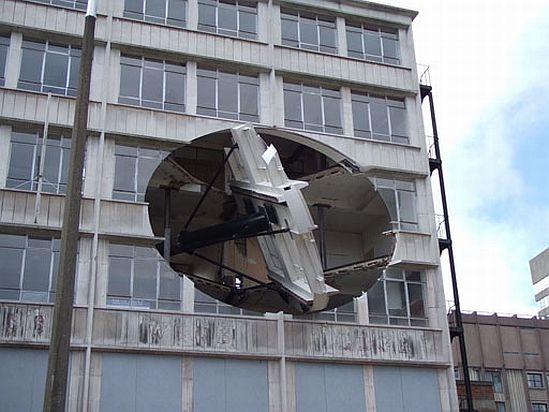 A Table that plays with Shapes

Cicadidae Clock syncs with nearby gadgets to...