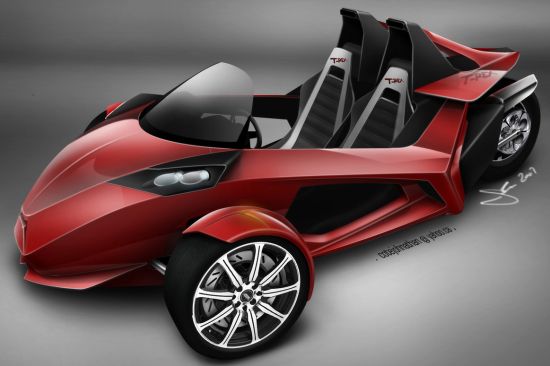 There are certain design themes which impress one and all but die down as mere prototypes probably because the experts feel they aren’t worth the production. A few others don’t make the cut for they don’t intend to just as the 1994 automotive design T-Rex and they instead opt to take great pride in the appreciation they get in that very stance. T-Rex was truly a great design and for those who still remember it, there is some good news as a new version of T-Rex has been designed by Jonathan Cote, an industrial designer working with Morelli Designers.

Hailed as one of the greatest light vehicle designs of its time, the latest version comes with improved lines and new assets. The soul of the original design hasn’t been tampered with as those lights and air intakes signify proximity to the original version. The modernisation of the design sees improved luggage space and for those who choose to do away with it, two lateral-caches have been built-in for them. The young designer has put in a lot of heart to match the legend, I request you all to visit the gallery (after the jump) to form your opinion about this relived version.

Lamp that turns a wind turbine inside...