If you had a time machine and were enterprising enough, you would most probably go back in time and buy up a few shares of apple when it first began. Now, the operating system designed by maybe one of the best minds of this century is fast gaining popularity and will very soon overhaul the more established Microsoft. Even then, in the developed world there are a greater number of people who prefer the iOS to Windows. The latest version of the former operating system is the iOS 7 and it has been proved by popular poll that this newer version, wipes the floor with the older iOS 6. 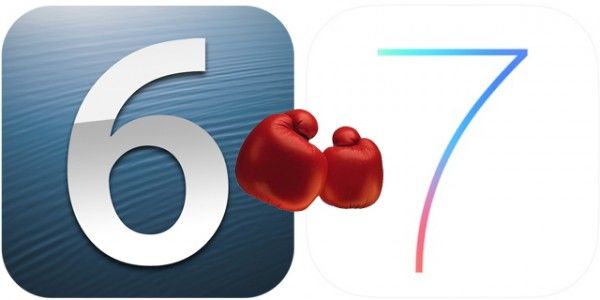 The interface that has been introduced with the new operating system has been chosen by a majority of the people in preference to the older version. The new interface as well as the graphics platform is characterised by a simpler and a more Spartan approach but the well acquainted nature has not been completely overhauled such that the regular user does not find it difficult to adapt to the newer format. So all in all you may at first glance look at the interface and think it to be alien but it is in essence, still the same. And this has in fact been ratified as people have chosen the newer look over the older one.

HOW WAS IT DONE?

The polling system was actually quite elaborate and well conducted yet maintained the classical attribute of being seemingly simple. The company simply requested users to install Input factory’s “Polar” app and then presented them with some of the changed features found in the new version and set them beside the iOS 6 features. Then the user simply had to select which was the operating system that the preferred. This ingenious way allowed Apple to gather public opinion and at the same time save a lot of money that could have been spent on market survey. Such is the intelligence of the workers of such a company.

In almost all of the categories that the users had to vote in, the iOS 7 won hands down and though there were a few cases where the older lion came close to beating the younger challenger, the new creation was unanimously chosen as the better product. The iOS 7 even had better looking icons than the iOS 6 as told by the voters.