Not just walking robot but also a motorcycle

I really like the way design students keep coming up with concepts so outlandish that you don’t quite know whether you should marvel at their ingenuity or mock them for the plain silliness of combining oxymoronic elements. Miroslav Jasko, a transportation program student at the Bratislava University of fine arts, created this gyro bike, called the “Virus Ama”, for a short film that he himself is working on. Though he didn’t disclose the theme of his production, we can surely guess is has something to do with a giant cotton candy spinning machine that probably turns man-eater after the aliens land on earth! His other bike is called the “Busher” which predictably is an enclosed motorcycle and walking robot combo. The inspiration/purpose behind its existence has been preserved under a shroud of mystery by the creator though we definitely see it as being the powerful ally of the Virus Ama in Jasko upcoming flick. 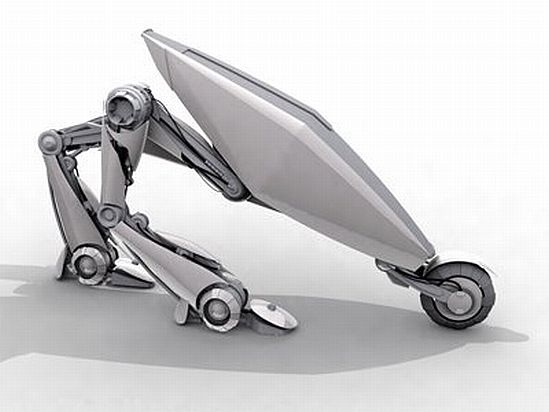 Not just walking robot but also a motorcycle was last modified: August 6th, 2012 by admin

YiAhn bassinet grow to the needs of...

EPS-Glow: Light that reflects the mood of...

Thunderbird in the kitchen: A trip down...