We don’t cover electronic devices too often here at TheDesignBlog, for most of the gadgets are usually sans designer attributes and rely more on functionality than external appearance. However, the latest skateboard controller from Activision and Tony Hawk has completely changed my perception about the designer facet of the modern devices. Dubbed “Tony Hawk Ride,” the new gadget is a skateboard controller for the next Tony Hawk Ride, which will let you control the game by riding on the board. Cool! Compatible with PlayStation 3 and Xbox 360, the wireless controller is essentially a combination of accelerometers and motion sensors that doesn’t require any other controller. The gaming controller not just gives ultra controls to the users but also presents cool aesthetics, flouting the rather square looks of the gadgets. 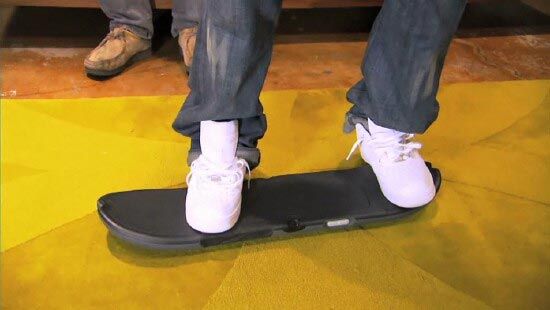 Matreshka Light Chair to embrace you with...