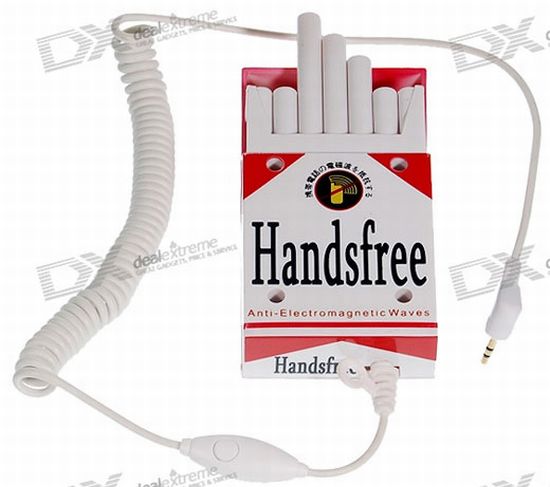 Smoking is a habit of sorts but with many of those smokers it becomes an obsession. Something they cannot do without even in the most private premises. For such category of smokers, Deal Extreme has come up with the cellphone cigarette handset that lets you talk through a bunch of dummy cigarettes and an emulated cigarette casing that reads ‘Handsfree’ the Marlboro Way. It gets connected to your mobile phone just like any other device does and thereon you can talk through the dummy pack which probably works as a receptive speaker. The entire package sounds a bit unusual but the good thing is that it takes care of people scared of those waves that cause brain cancer with its anti-electromagnetic waves. At the end of it all, it is not a bad offering especially when you consider the tagging at $6.79.

Hidden Light: Carry this chair when you...