The world is changing at a supersonic pace. In this scenario, it has become almost impossible to predict the future. All we know is that the future would be much more high tech and technically advanced compared to the present. However, rather than predicting it, by following at the present trend of things, we can at least make a guess about what would be there. This guess could be much more precise when talking about entertainment. We have always dreamt of the impossible when we see ourselves 10-15 years from now.  Technological inventions and innovations are increasing exponentially. New hi-tech gadgets are coming out every few months.

A decade or down the line, we would be using gadgets that would entirely redefine our lives.  Here is what would be ‘in vogue’ in the year 2030: For this, first we just have to look at the things that are trending right now. After that, we should check the upcoming innovations in that field. By following this, our experts have compiled a list of 10 technological inventions that we might be using in 2030.

With this technology we might be able link our brain to the computer and share each other’s consciousness by benefitting one another.  The computer would be able to gain a human touch out of this, while the human would become as smart as a computer.  This link would also enable us to share our experiences, memories and feelings with other people, creating a new benchmark for online intimacy.  However, this technology might have its downside too- hence precautions are mandatory!

In 2030 we might be able to monitor the brain’s electrical signals through special conducting fibers within the pillow’s fabric.  Not only will we be able to find out when the person next to us is dreaming, but we might also be able to determine what all they are dreaming of.  This cool technology might also make two people share their dreams, if they are in the state of dreaming, and to make things more interactive- they might be able to be present in each other’s dreams! 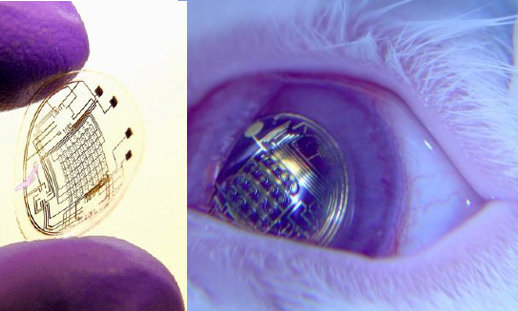 These contact lenses are very much similar in appearance to regular contacts. However, they consist of three microscopic lasers along with a micro-mirror that would create high-resolution pictures on your retina. In fact, you can actually see your media streaming in right in front of you just like a complete 3D movie.  With this, you could read messages, watch videos and movies without having to open your eyes!

Now this one is for those tattoo-enthusiasts who have to go through excruciated pain to get themselves tattooed. Furthermore, if the tattoo job has is poor, then that is something that you have to live with unless you opt for a medical procedure.  However, with a video tattoo, things would be simpler. These electronic displays are built on extremely thin plastic membranes. You can stick them to your skin and you can decide the electronic tattoo of your choice.  You could keep altering the tattoo according to your requirement and mood. 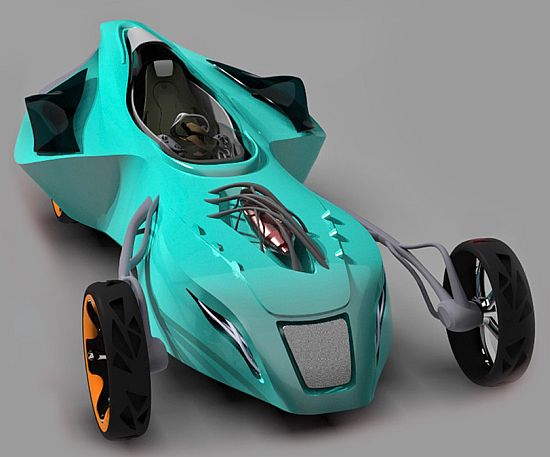 I cannot really comprehend what a racing car would look like in 2050, but this blog does give me chance to at least have an idea. An Indian automobile designer, Anupam Tomer, has come up with his version of what he calls a racing car design for 2050. Dubbed the Morflex Concept, this pattern chooses to explore human body movement and apply it to racing cars using smart polymers, which have the capability to emulate human muscle movement. The application of these superlative polymers was necessary to design, what he calls a bio-morphic speedster.

The design aims at challenging traditional ways of car designing. In fact, the designers are applying a cohesive thought to create something that would have visual appeal along with extra downforce. Such a design could not have done without artificial intelligence. Therefore, even Haptic Response was treated as an essential bit of this design. More images after the jump.

This hi-tech visor is much like the ones superheroes wear in the sci-fi flicks in which they can see data scrolling in their view field.  Well, this one is a little different as it will give you the liberty to decide who you see.  You could have the street lined with witches and zombies, or perhaps you could alter the people with popular musicians and so on! 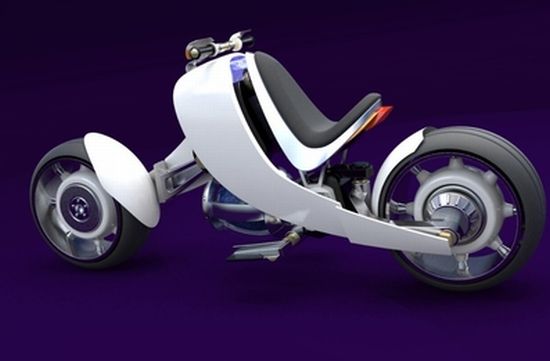 Introducing a new technology, nuclear fusion, French designer Romain Herment has popped up a motorcycle concept that harnesses nuclear energy as a power source for a two-wheeler. Called the “Motorbike 2050 version 2,” the futuristic motorcycle also makes use of two inexhaustible natural elements, deuterium and tritium, allowing a sustainable ride in the days to come. Moreover, the motorbike only consumes 1 liter of water for a long (about 100 km) drive. Generating power from an electric engine, the Motorbike 2050 just weights 55kg and allows easy controlling at high speeds.

Tiny electrical capsules that look like skin cells when fitted inside the skin would be able to record the signals that we receive from the nerves by keeping a copy of the sensation we felt at that point.  These super active skin cells would be able to help us relive the amazing experience through the various senses. 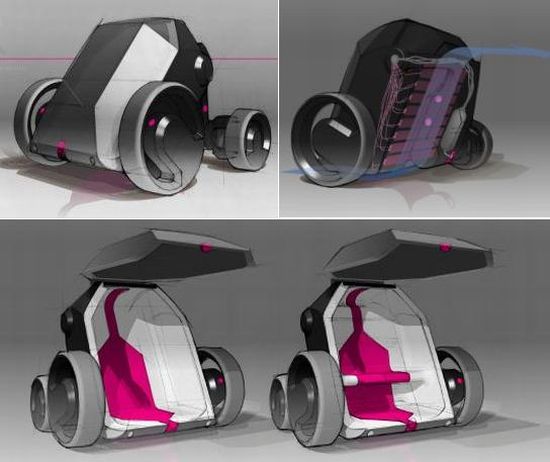 When Ashley Cichocki designed a car, he did it with a vision for Paris in the year 2030. This futuristic design looks straight out of a sci-fi movie and has two large front wheels and smaller rear wheels. The body of ‘M.01’ itself looks like a slanted closed cart. The greatest part of the design is that super stretchy Fabrics have been used over a pneumatic skeleton for the interior morphs and computer simulation.

It has been designed to be green and environment-friendly and uses hydrogen-converted electricity as fuel. The hydrogen tank is housed in the rear. Considering space issues in future Paris, M.01 neatly fits into cramped parking spaces and takes up only 2 metres. Most surprisingly, this doesn’t mean that the car is cramped inside because at high speeds it expands and contracts when parked. This change in the size has no effect on the space available inside and is to facilitate space management and stability of the vehicle.

Now you could own a superhero costumer complete with the polymer gel muscles and detailing with the superhero hi-tech exoskeletons which will give you the powers that your favorite superhero possesses.  With inbuilt super senses, bullet proof technology and great comfort, these might just become a common sportswear in the near future.