The European Championship 2020 turned out to be innovative in some aspects. It’s hard to imagine a championship that spans 11 cities along with virtual reality for spectators during the opening ceremony without any supporting technology.

The Organizing Committee of Euro 2020 has performed a real miracle while preparing for such a large-scale event. Needs to be said that’s not the only miracle in the recent history of the world of football. As the human contribution to football, not the one comprising outstanding physical skills, but the one responsible for pragmatism and strategy, never ceases to amaze spectators all around the world. One of such promising events was hiring Paul Mitchell, the so-called British “football wizard”, as AS Monaco’s new sporting director.

The tournament actively used technologies that have already become an integral part of football. Along with support systems, the game was able to become more fair, technical, and sometimes even more intense. We collected them in one article and detailed how the innovations have had an impact on matches.

In order to make the right decisions in controversial moments of the match, after a series of tests at the international level, they began to gradually implement a video assistance system.

The VAR and AVAR referees are in a separate room and watch every moment of the game together. But they do not check the game moments, but the decisions of the referee. They can intervene only in a few cases in accordance with the declared rules.

For Euro 2020, there were 22 video assistants who were located at UEFA headquarters in Nyon. VAR had performed in each of the 51 matches. The statistics of its work were impressive: the total number of changed decisions after viewing the VAR was 18 (about every 2.83 games).

It has become clear that football needs technology to help referees see and understand more in the moment of scoring goals. It was necessary to introduce technological equipment. That is why two types of scoring systems were tested at once – GoalRef and Hawk-Eye. They are arranged differently. GoalRef works without cameras, according to the principle of electromagnetic induction: special sensors are installed in the bars and crossbars that create a magnetic field. When the ball crosses the goal line, the chip starts beeping, and a signal about a goal scored is transmitted to a special watch on the hands of the referee. The second technology is based on 14 high-speed cameras that are installed around the perimeter of the stadium (usually on the roof or under it) and constantly simulate everything that happens in the penalty area.

A small sensor is placed on the players’ backs. Trackers help track running speed, intensity, dynamic loads, average and peak speed, number of sprints and much more – you can even study the player’s heat map at the end of his activity. The received data is necessary for the coaching staff to analyze the condition of the athlete and identify his weaknesses, so this device can often be seen on football players during training. The results can be studied in a special application on a smartphone, tablet or computer in real time. 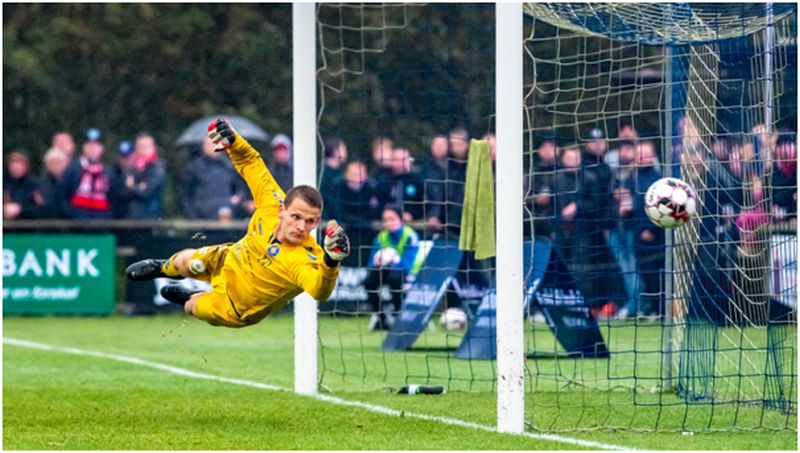 This is a kind of LinkedIn for footballers, which was invented in Denmark a few years ago. Peter Holm and Simon Hjaere realized that there are many applications in the world for those interested in football, but almost nothing for the players. Then they set about creating a platform based on the principles of a social network.

The player registers, and then he maintains the page himself and enters statistics after each match. You can also rate teammates and opponents (if they have an account), upload video clips of your game or specific exercises performed in training. As a result, a rating of football players is formed, and scouts around the world actively use this: the platform helps them find players that are not the most obvious. Tonsser grows and is constantly updated, so it is quite easy to keep track of changes, and there is always someone to choose from.

It is amazing how modern technologies have tightly entered our lives and how they contribute to make sport events more transparent and exciting.