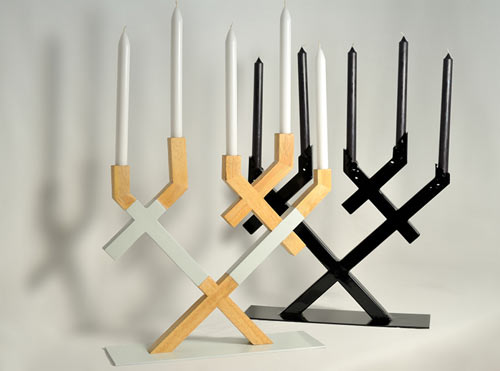 Based in La Voulte-sur-Rhône, Barnabé Ribay lives a long way away from China. But that hasn’t stopped the French designer from using one of the most profound bits of Chinese philosophy as the inspiration for his work. Using Taijitu, the principle in Chinese philosophy that states that it is the harmony between opposites that serves as a fundamental basis for all creation. This duality is represented by the Taijitu in Taoism through the iconic symbol of the yin and yang that is something of an international icon for the principle. 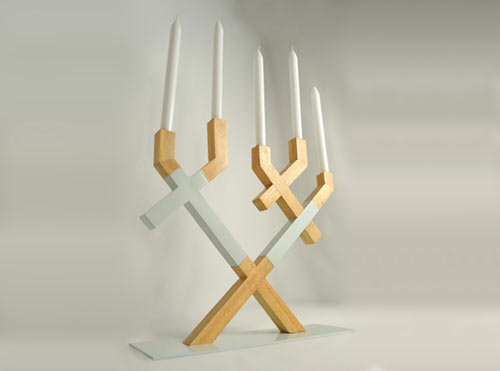 Even though the principle itself stands for the two opposite principles in nature, i.e., the female negative and the male positive suggesting that all creation is based on balancing and counterbalancing forces, the designer has used an allusion to it in a rather literal way through the Chandelier Taijitu. 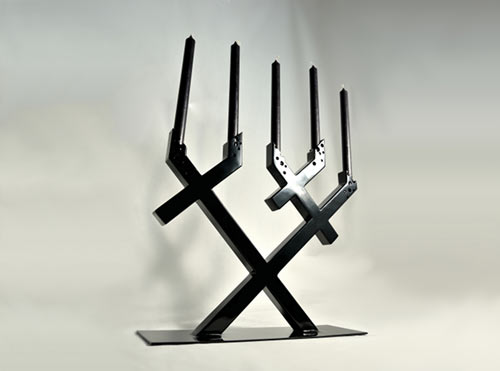 In a reversal of everything the western world knows about symbolism, the candelabra that stands for the male energy is made using wood and finished in delicate white while the candelabra that represents the female energy is made using study and hard industrial grade metal and is painted black! The candelabra set is designed in a special angular design that defies the traditional design for the candle holding device and adds a special modern and industrial contrast to the ancient philosophical philosophy that inspired its design. The Chandelier Taijitu was recently exhibited at the LYDMAR Hotel during the 2013 Stockholm Design Week.

Barnabé Ribay’s Chandelier Taijitu is a delicious mix of the east and the west was last modified: March 22nd, 2013 by designbuzz
FeaturedTop

Pillows designs that took gadgets as their...

The best Nammor Hookahs for enthusiasts to...

11- Shower Designs for the Best Bathing...