Blue Swan Bluetooth Speakers – Dress them up for chic look 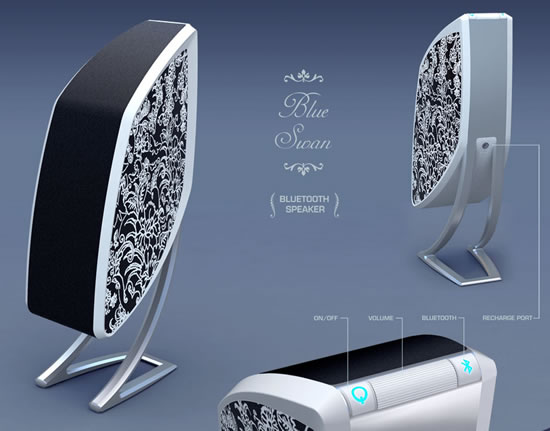 Breaking free from the geometric (four-sided or circular) forms, these speakers stand up gracefully. Designed by Arthur Paul O’keefe and dubbed as Blue Swan, these Bluetooth speakers are conceived to give birth to a pristine poised profile. And this swan can change its colors and feathers too. Donning the changeable graphic skins on either side, it can sport a new look to suit its surrounding. Operating them couldn’t have been simpler with a sleek control interface on the back of its crown. What I liked the most about this Blue Swan is its ability to move without a leash. Yeah buddy, it is a wireless Bluetooth pet that can dole out sound without fuss. 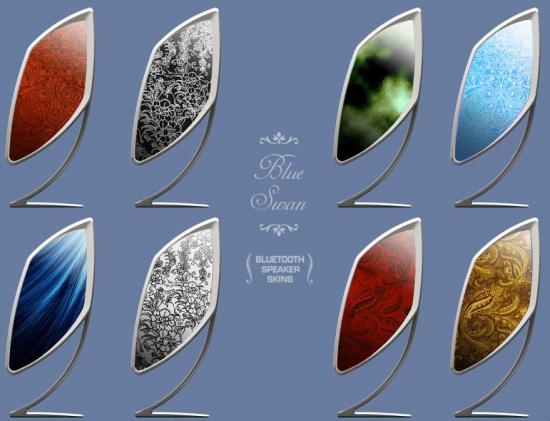 Coming to its subtle dramatic paisley print, I guess many geeks may not appreciate such floral etchings. However the first one in the bottom line seems to be the best of the lot featured here. The artist’s idea of a laser etched pattern skin that can reveal an ambient light source from inside seems to be more interesting.