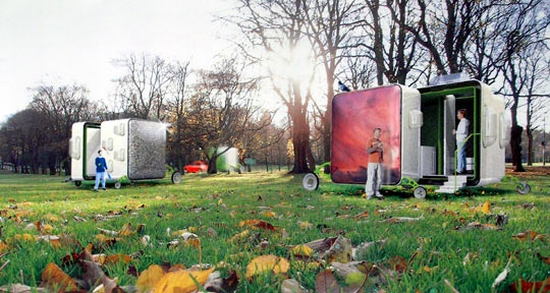 Modularity has always been associated with trailers and caravans that provide the convenience of a conventional home along with the go-anywhere capability of a mobile home. Designer James Curtis has come out with his render of how caravans will be in the future, with the Case Van Caravan Concept. The Case Van is one very fresh looking caravan concept that will gel with your surroundings rather than looking like an ungainly piece of metal. The smart looking, cube shaped concept will provide plenty of functionality apart from giving it’s users a roof over their heads. 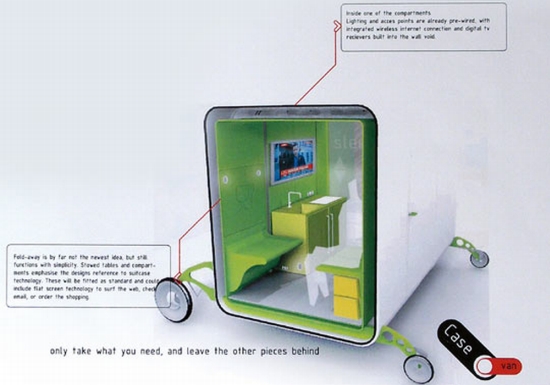 Coming to the Case Van’s functionality, Internet connectivity will come to one of it’s walls in the form of a touchscreen display that will also double up as a platform to communicate with the outside world. This apart, other utilities like lighting etc will be built to fit the walls neatly for unobtrusive aesthetics. For mobility, the Case Van has four little wheels which look spindly to say the least. As the Case Van is still a concept, we certainly expect the wheels to get bigger and beefier in the production versions as the ones on the concept seem like the weakest link in the entire package. Overall, a smart and functional caravan concept let down only by it’s spindly wheels.

Composite Lounge: Urbanity with a difference!

Chilean coastal fog to be harvested for...