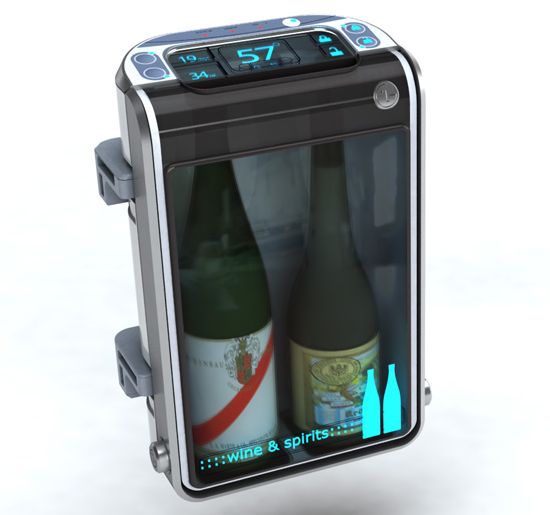 The Lack of bottle space in freezer compartments often mars the chilling tang of beer or wine, trying your patience for the oozing snifter. Hunting for a way out, designer Philip Stankard has devised a new storage compartment called the Chiller Bin to suit the organizational habits of the users. Designed for LG’s refrigerator, the Chiller Bin offers a dedicated space to alcohol bottle storage in the freezer section. Fitting into the side-by-side freezer door storage bin compartments of the refrigerator, this Chiller Bin would control the temperature separate from the main freezer temperature (to prevent slushy alcohol). The freezers are commonly seen as a place to store frozen flat pack packages and frozen bag packaging but never as a place to store cylindrical bottles, but the Chiller Bin smartly solves this problem.

The Chiller Bin conveniently fits into most common side-by-side freezer doors, utilizing the pre-existing hooks. The unit is large enough to fit two bottles of alcohol, without overcrowding the freezer door, and leave enough space to place other open shelving storage above or below the unit. Pulling on the handle (situated near the top) tilts the bin’s contents toward the user, allowing access to the bottles. This dedicated space provides a separate temperature control to ensure a slush-free alcoholic beverage.

The domed membrane buttons serve three functions. It allows the user to lock the bin to prevent underage children from accessing the alcohol, scroll through pre-selected temperature controls for the specific alcohols (or enter your own temperature), and finally details the duration of time the alcohol has been in the bin as well as the overall volume that is remaining.

• The Bin measures 372mm Height x 255mm Width x 130mm Depth.
• The storage compartment holds two bottles of alcohol and/or wine.
• The main body of the Chiller Bin is an insulated ABS plastic, accented with clear Pyrex windows that are married with emissive LEDs. Chrome pivot, chrome logo treatments, and the chrome painted outer bezel reveal the luxury accents within the product.
• The rear supports dock into a side-by-side freezer door, within the pre-existing bin hooks, which you may remove to fit a variety of side-by-side bin hook configurations.
• On the top of the front door is a handle which allows the user to pull the hinged front door outwards, accessing the inside container of the Chiller Bin. 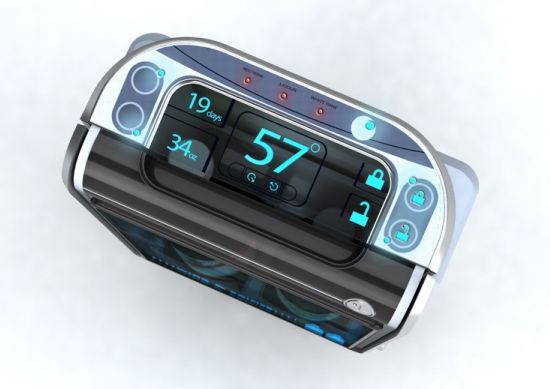 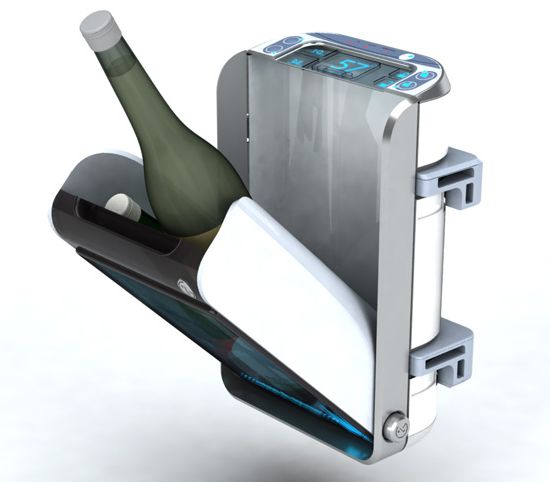 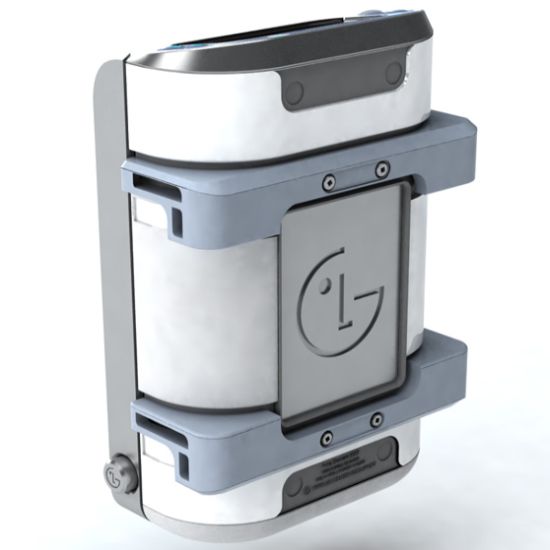 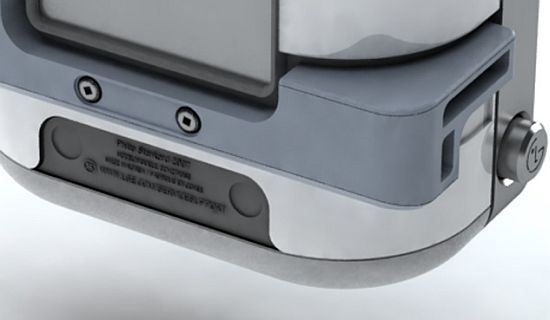 Pad Foot for easy interaction with your...

These dollar store crafts are sure to...