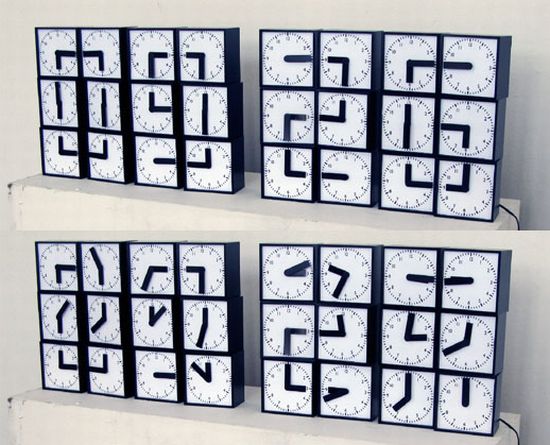 Slated to be exhibited at the Rhösska Design Museum in Göteborg from June to mid August 2009, the “Clock Clock” by Swedish designers known as “Humans Since 1982” is an innovative time piece that will definitely turn out to be a food for thought in finding the accurate time. Formed by combining 24 analog clocks together, the clock spells out the time in conjunction with its 48 electronically controlled analog hands that rotate automatically to form a giant digital display. You are required to look at all the watches simultaneously to spell out the correct time, in the form of letters created by the banks of the clocks, or keep guessing the complex riddle! Check out the video to see the clock in motion after the jump. 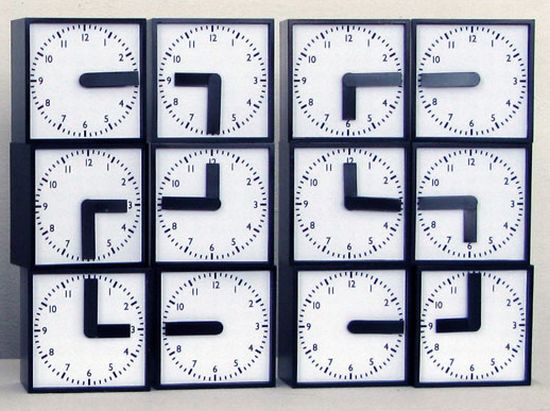 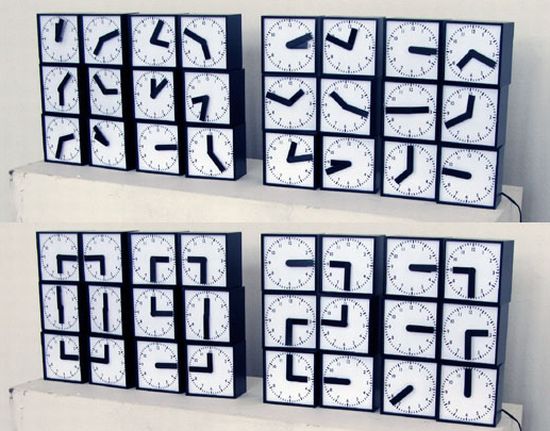 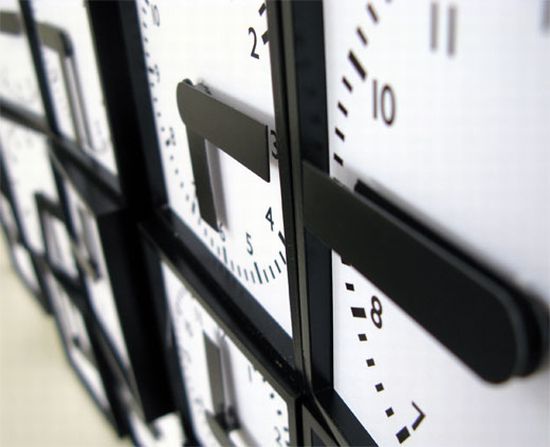