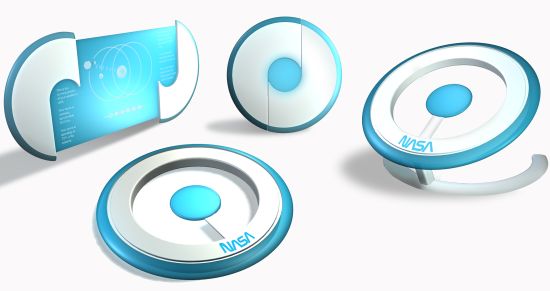 Modern spacecrafts and satellites are operated almost entirely by solar power. This is possible because the sun’s rays have not been filtered through the earth’s atmosphere allowing the solar yield to be twice as strong. Designer Eli Hariton has conceptualized an innovative method that will integrate modern solar technologies to help solve the ever-present energy crisis. He has proposed creating solar arrays that are anywhere from 10 to 20 football fields in length and sending them into orbit around the earth. Solar arrays at that proportion will be capable of producing hundreds of thousands of kilowatts per hour!

The satellites will collect the energy and transmit it down to earth via microwaves to various receivers all over the world. These satellites will be orbiting with the earth and will always be facing the sun, allowing for 24-hour solar absorption. We will no longer have to worry about the limited solar immersion caused by clouds, pollution or nighttime. Another benefit of the Space Solar is the decrease in landscape pollution. With the elimination of power lines, the world’s landscapes that have been scarred by large industrial structures can be returned to beautiful natural panoramas. 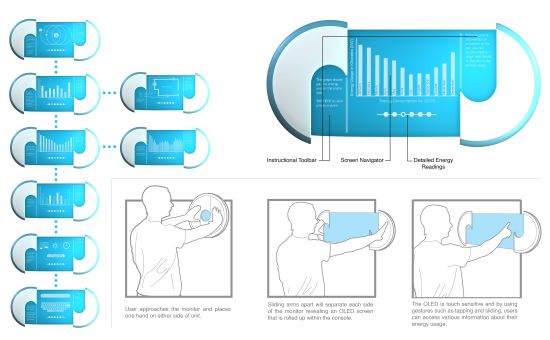 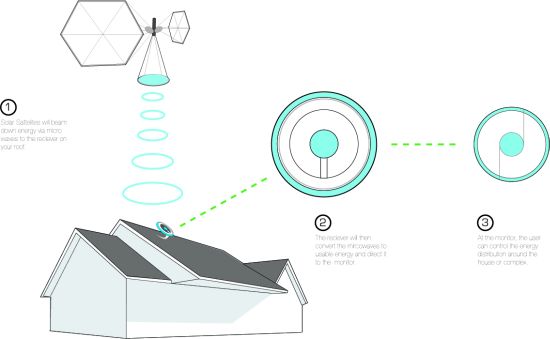