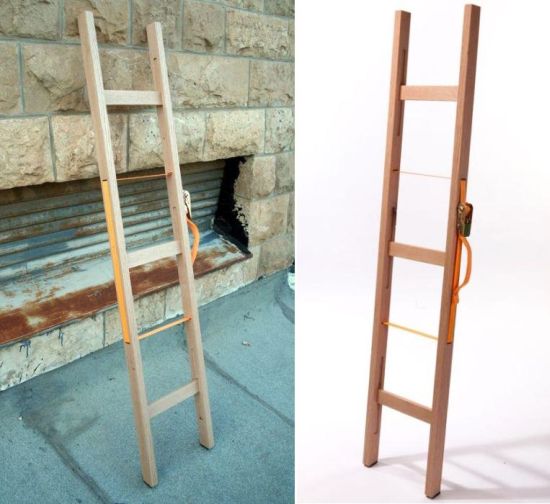 The ladder is an essential object for both indoor and outdoor usage, but it at the same time is not an easy object to move from one place to another. Providing a solution, Israeli designer Itay Laniado has come up with a collapsible ladder held together by a strap tightened with a ratchet, which once assembled forms two rungs of the ladder. Once collapsed, the loop in the strap becomes the handle to carry it around with minimum fuss. To quote Laniado,

The ladder is a tension system that relays on the ratchet to hold it, no screws or glue involved. The ladder is also collapsible that can be disassembled and assembled in a more compact way. 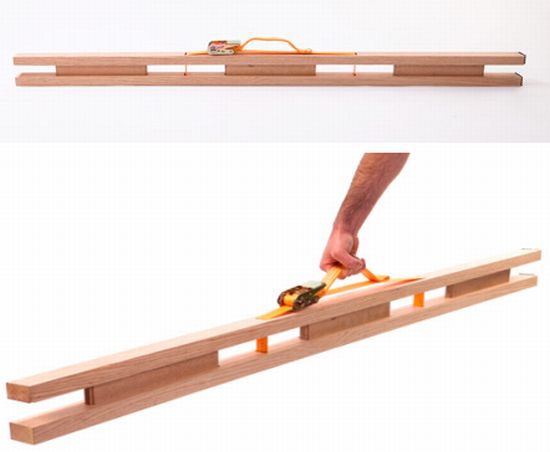 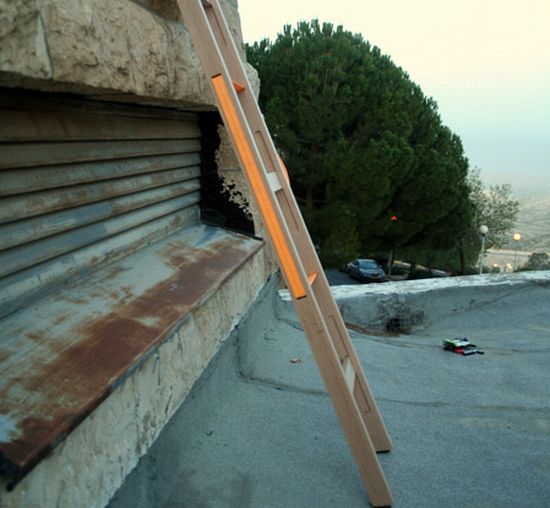 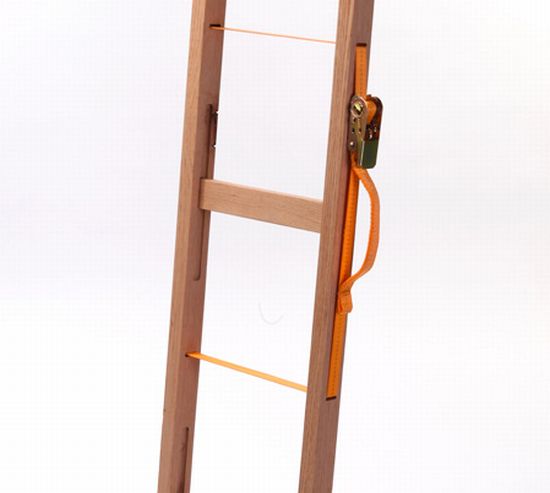 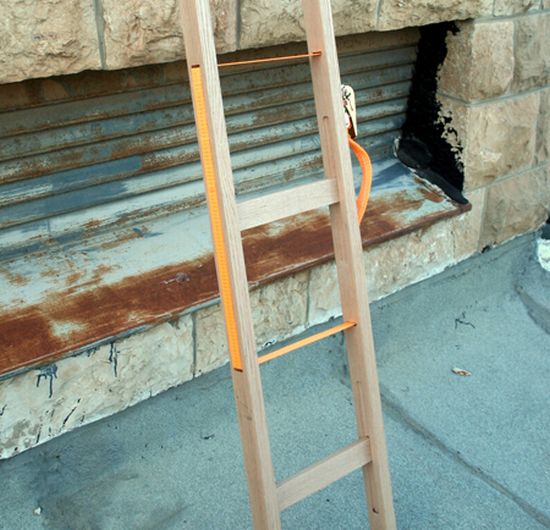 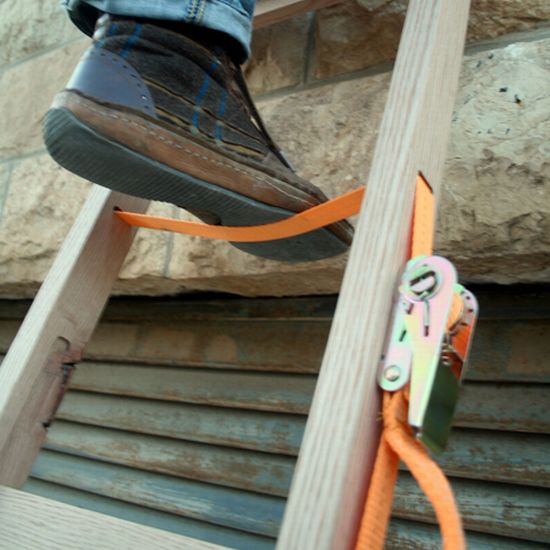 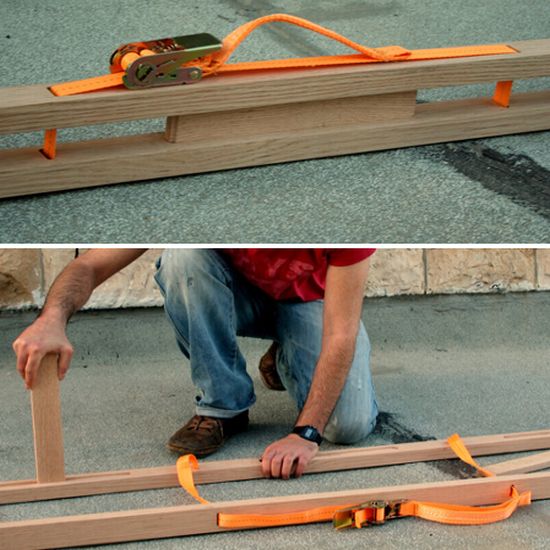 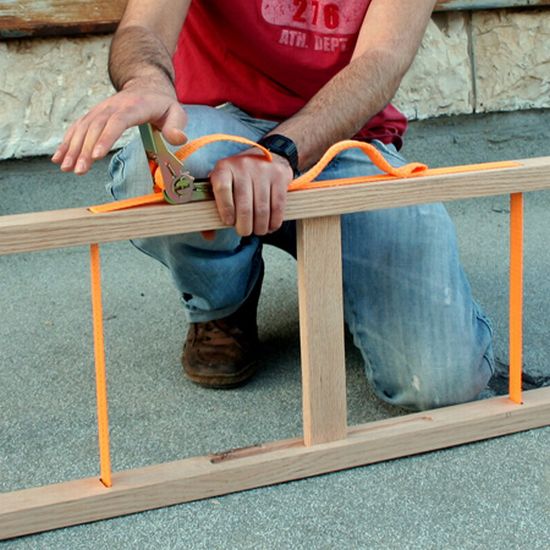 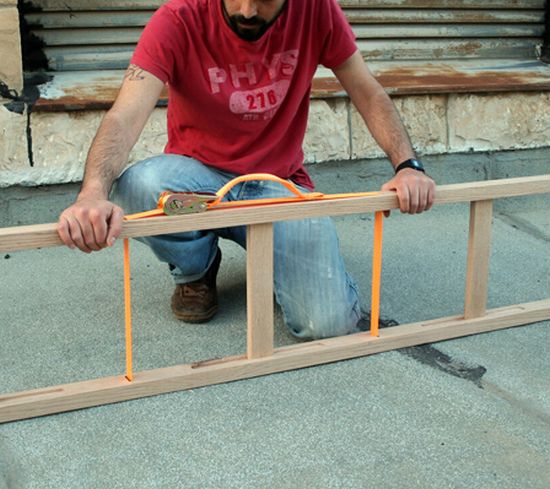 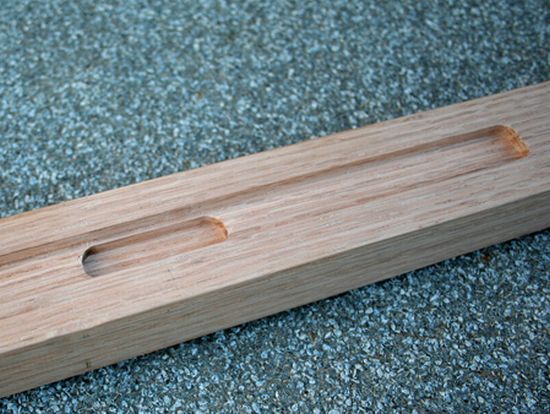