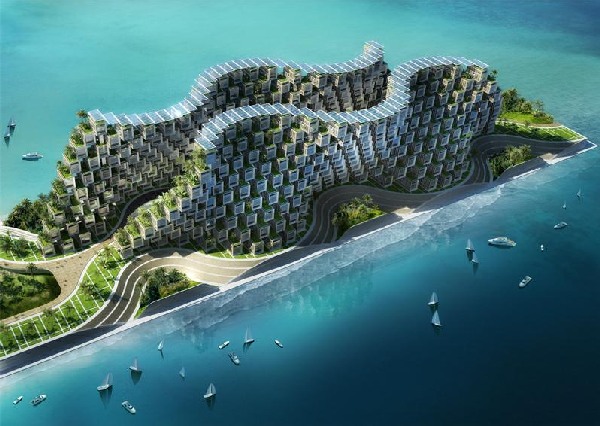 A 7.0 earthquake struck the country of Haiti in January 2010, and leveled buildings, cut off communications and left the world wondering about the state of this poor country. And at least 52 aftershocks measuring 4.5 or greater were recorded. An estimated 3 million people were affected by the quake. The Haitian government reported that an estimated 316,000 people had died, 300,000 had been injured and 2,000,000 made homeless. The government of Haiti also estimated that 250,000 residences and 30,000 buildings had collapsed or were severely damaged.

The quake was the worst in the region in more than 200 years. With little food and water to be had, thousands of residents of the capital, Port-au-Prince, where the destruction was centered, fled the city to seek refuge with relatives in the countryside. The most hazardous thing about a quake is that it cannot be foretold and so it is difficult to preclude the aftermaths. Scientists have discovered many zones which are most effected by earthquakes. The catastrophe is not only human life but also the economy of the region that faces the earthquake.

Coral Reef by Vincent Callebaut architects re-envisages Haiti’s architectural future as one that is limitless with possibility for safe and sustainable innovation. The futuristic carbon neutral eco-village concept includes placing entire modular housing communities on top of massive earthquake-resistant concrete piers. Each house on the Coral Reef would have its own garden plot in order to grow food. All of the village would employ wind, solar and tidal power to generate electricity in a very natural way and hence help in reduction of carbon emissions. The basic module is quite simple, though. Modular duplexes built according to Passive House standards would be added into the housing matrix as funds and time allow and eventually extend over the entire pier.

In the masterplan of the project, a wave image is created by stacking the box-like structures placed in a series of convex and concave curves. A canyon flows between two such waves and is filled with a tropical ecosystem for the local fauna and the flora.

The project is designed in an environmentally friendly manner with an anti-seismic basement aiming to absorb the earthquake waves. The project also tends to employ renewable natural energy like the sea thermal energy conversion which is made at the coverage of pier by making use of the somatic sensation difference among the deep waters and the surface water. The hydro turbines situated under the pier convert the kinetic energy of the water to electricity. The curved bowers on the rooftops collects the sun’s energy on the PV panels and also the wind turbines are planted in the great tropical garden.

The Coral Reef Project is in reference to countries which are facing a crucial humanistic stage and still struggling to rebuild from a natural disaster.

Coral reefs with fluid and organic shapes are one of the most biologically diverse ecosystems on earth. These have inspired the Vincent Callebaut architects to build a complex which is carbon neutral and powered via a number of different renewable energy sources.

The village so designed gets sufficient energy from very natural sources like wind, water and sun. It can house the people escaping natural catastrophes.

The roofs of the houses become organic gardens, allowing the residents to cultivate their own food and also providing a tropical ecosystem for the local plants and animals. The aqua-culture farms also entertain fishing pools. The water is recycled and reused before being thrown away in the sea. The biodiversity of the village is, however, almost similar to that of urban framework but is still underdeveloped.

Emia billposter eliminates the use of tape...