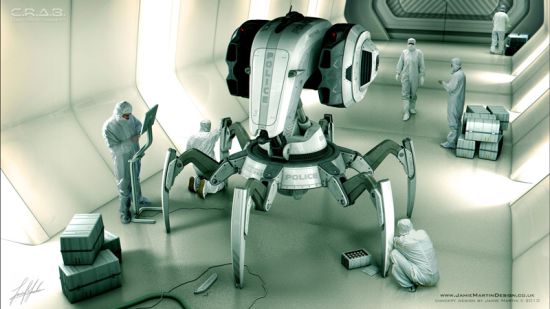 Designed for Dalton/Stanley, a fictional weapons and armaments company, the CRAB (Cybernetic Autonomous Remote Barricade) by designer by Jamie Martin is a futuristic robot to revolutionize policing in London. Moving on six independent legs to commute in different terrains with ease, the police robot comes equipped with latest arms and ammunition to curb any volatile insurgency and maintain law and order on the streets. In addition, the CRAB is capable of artificial intelligence that helps it differentiate between friend and foe, which could be a great help for the armed forces guarding insecure borders. Check out the video after the jump. 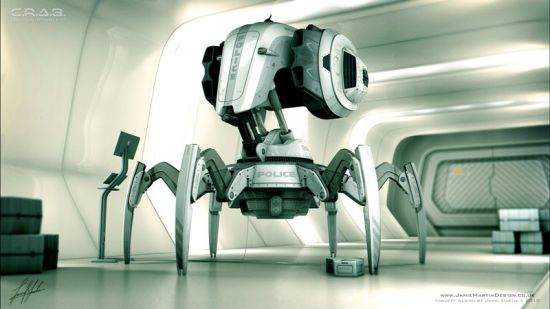 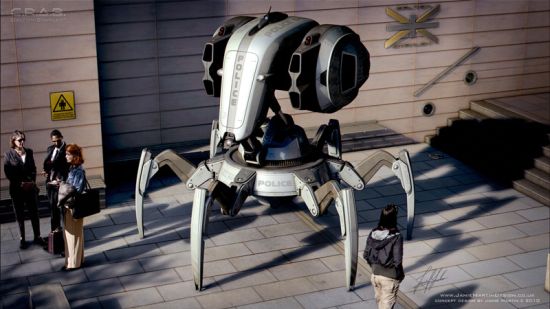