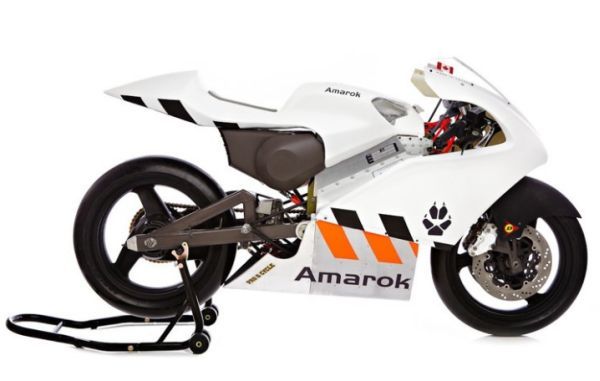 Like what you see? No, its not the latest gas-powered speed bike, it’s better because it is the new electricity-powered swift bike, the P1. Amarok’s P1 electric motorcycle is fast and easy and ready to be entered in the international racing series for electric vehicles, i.e. TTXGP.

The motorcycle was unveiled this week by the Canadian Company Amarok, and houses a 75 horsepower engine and a 7.5 kilowatt hour battery. With heavy emphasis on lightweight construction, the roaring beauty weighs only 325 pounds (which is the lightest among electric vehicles so far), however, in its endeavor to give out a lightweight vehicle to its consumers it is working to achieve a 275 pound figure, to compete with the gas-powered vehicle market more effectively (average weight of gas-powered motorcycles being 300 pounds).