Escopetarras Guitar is a symbol of love and harmony 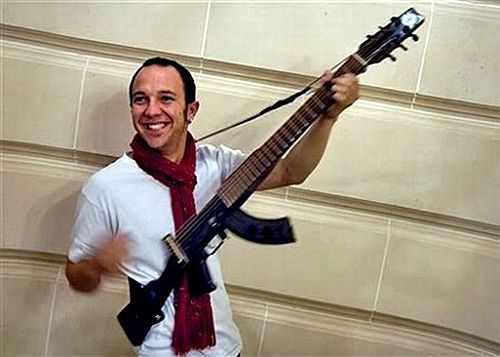 AK-47 needs no introduction, but maybe an AK-47 guitar does. Cesar Lopez, an artist from Columbia, has designed a unique musical instrument named Escopetarras Guitar. What looks like a gun, in actuality, whiffs out great tunes. 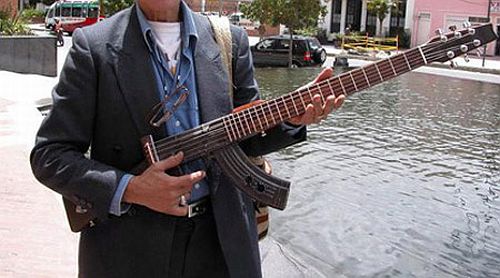 He plays them during street shows and makes good use of the attention-grabbing designs. People slip into a state of awe, and his guitar is a major reason behind it. These musical firearm still kill people, but with love and melody. Cesar says his creations are not up for sale and he has no intention of minting money through them.

In the end the gun dies and the guitar is born. 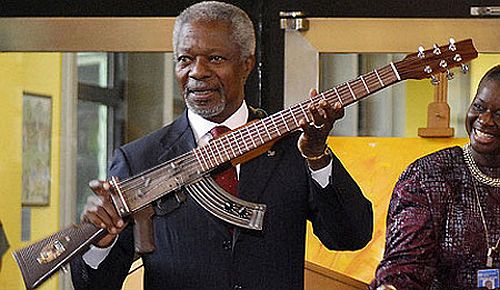 Escopetarras Guitar is a symbol of love and harmony was last modified: August 5th, 2012 by admin